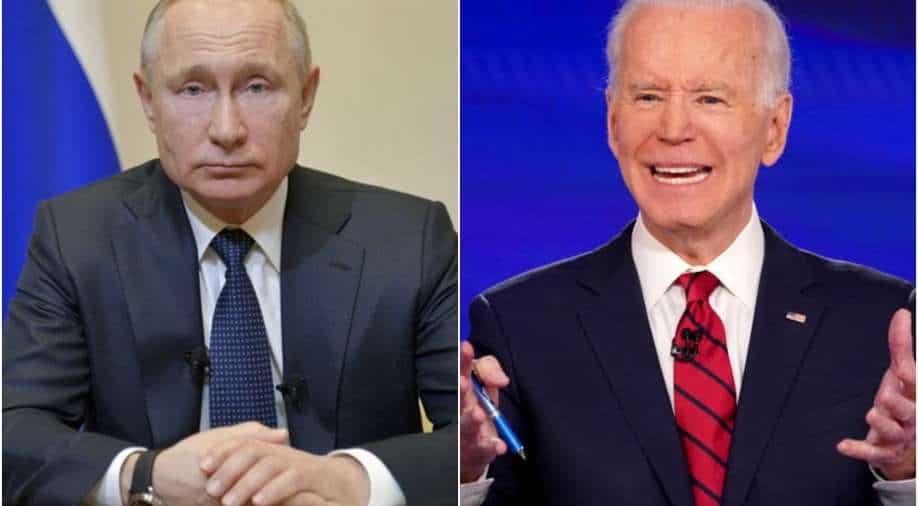 According to Kremlin, Vladimir Putin, the President of Russia on Monday claimed that he was waiting for the official results

Joe Biden was announced as the upcoming President of the United States two days ago, as projections from all major American networks announced him as the winner in US election 2020, defeating Donald Trump

Even as wishes poured in from across the globe - ranging from Indian Prime Minister Narendra Modi to French President Macron, many leaders are playing it safe.

According to Kremlin, Vladimir Putin, the President of Russia on Monday claimed that he was waiting for the official results, to be released in January, before moving forward with congratulating either sides.

A Kremlin spokesperson added that Putin respects “the choice of the American people”.

"We consider it correct to wait for the official results to be finalised. I want to remind you that President Putin repeatedly said he will respect the choice of the American people," Kremlin spokesman Dmitry Peskov said.

Joe Biden, the US President-elect took a lead over Donald Trump in the vote count, prompting leaders across the world to congratulate him as his Vice President-elect Kamala Harris.

Also read: Donald Trump continues to say that US Election 2020 was 'stolen'

In 2016, after Trump’s victory, Putin has congratulated him within the hour of confirmation.

According to Peskov, the 2020 election is peculiar owing to the legal options Donald Trump is planning to take against the projected results. He has also refused to concede.

"The difference is quite obvious... then there were no announcements of legal challenges," Peskov added.

"We hope that with the next president of the United States it will be possible to re-establish a dialogue and together agree on ways to normalise our bilateral relations," he said.

During the 2016 elections, Russia was accused of interfering in order to elect Donald Trump.