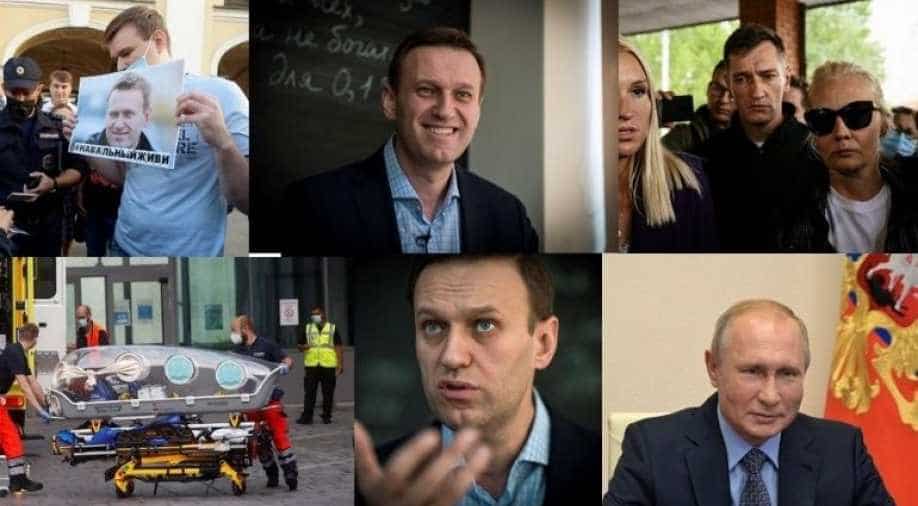 The European Union told Russian authorities that there should be "independent and transparent" probe into Navalny's case.

Russian Opposition leader Alexei Navalny who was admitted in a German hospital after he slipped into a coma in Russia indicated "poisoning with a substance from the group of cholinesterase inhibitors", the hospital said on Monday.

Navalny was suspected to have been poisoned in Russia. He was airlifted to Berlin's Charite hospital from a Siberian hospital on Saturday. The Russian Opposition leader had reportedly had a cup of tea before boarding his flight which his supporters alleged was mixed with poison.

"The outcome of the disease remains uncertain and late effects, especially in the area of the nervous system, cannot be excluded at this time," the hospital said.

Meanwhile, German Chancellor Angela Merkel said that those "responsible must be identified and held accountable."

"In view of Navalny's prominent role in the political opposition in Russia, the authorities there are now urgently called upon to investigate this act thoroughly -- and to do so with full transparency," German foreign minister Heiko Maas said.

However, Russian doctors maintained that Navalny that they did not detect any toxin on Navalny when he was being treated at the hospital in Omsk.

"When he was admitted to hospital, Alexei Navalny was subject to tests across a broad range of narcotics, synthetic, psychodetic and medicinal substances including cholinesterase inhibitors," Alexandre Sabayev, chief toxicologist at Omsk hospital said.

After the revelation by the Berlin hospital, the European Union(EU) told Russian authorities that there should be "independent and transparent" probe into Navalny's case.