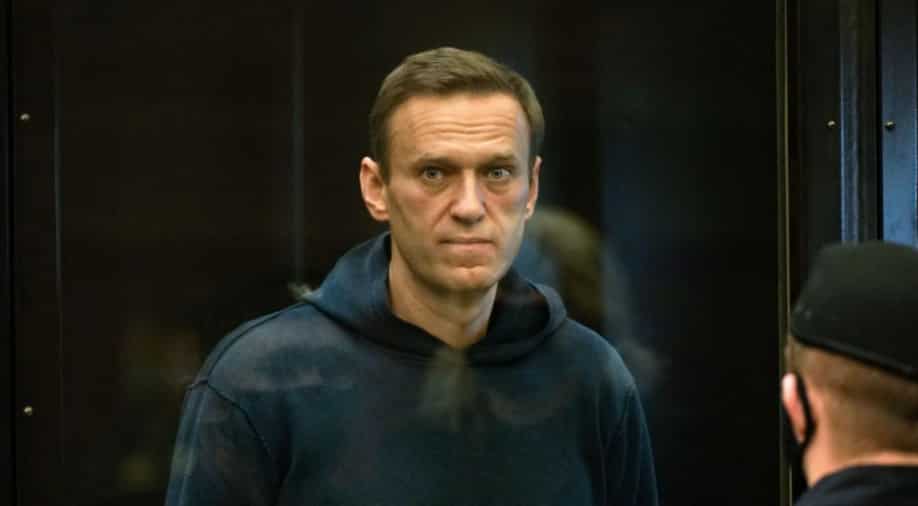 In a fiery courtroom speech ahead of the ruling, Navalny accused Putin of trying to intimidate his critics and mocked the Russian leader over allegations the Novichok nerve agent used to poison him had been placed in his underwear.

A Moscow court on Tuesday ordered Kremlin critic Alexei Navalny to serve prison time for violating the terms of his probation while he was recuperating in Germany from nerve-agent poisoning.

Navalny had earlier denounced the proceedings as a vain attempt by the Kremlin to scare millions of Russians into submission.

The decision to turn a 2014 suspended sentence into real jail time will see Navalny serve a lengthy prison term for the first time.

According to AFP, Judge Natalya Repnikova ordered a suspended three-and-a-half-year sentence Navalny received in 2014 to be changed to time in a penal colony.

The 44-year-old anti-corruption campaigner was arrested January 17 upon returning from his five-month convalescence in Germany from the attack, which he has blamed on the Kremlin. Russian authorities, however, deny any involvement.

In a fiery courtroom speech ahead of the ruling, Navalny accused Putin of trying to intimidate his critics and mocked the Russian leader over allegations the Novichok nerve agent used to poison him had been placed in his underwear.

"They are putting one person behind bars to scare millions," Navalny said.

Tens of thousands have taken to the streets of Moscow and other Russian cities over the last two weekends to call for Navalny's release, prompting a massive police clampdown that saw several thousand people arrested.

It is likely to set off new protests after thousands joined nationwide demonstrations over the last two weekends, and to further inflame tensions with Western governments who have been demanding his release.

"We're going to the centre of Moscow right now," it wrote on Twitter, urging supporters to join them.

Also, Navalny's arrest and the mass detentions have triggered a wave of condemnation from the West, with many leaders calling for his release and some urging new sanctions against Moscow.

To this end, the US condemned Tuesday's sentencing and demanded Russia free Navalny "immediately and unconditionally".

US Secretary of State Antony Blinken said, in a statement: "We reiterate our call for the Russian government to immediately and unconditionally release Mr. Navalny, as well as the hundreds of other Russian citizens wrongfully detained in recent weeks for exercising their rights, including the rights to freedom of expression and of peaceful assembly."

"The UK calls for the immediate and unconditional release of Alexey Navalny," Raab said in a statement.

"Today's perverse ruling, targeting the victim of a poisoning rather than those responsible, shows Russia is failing to meet the most basic commitments expected of any responsible member of the international community."