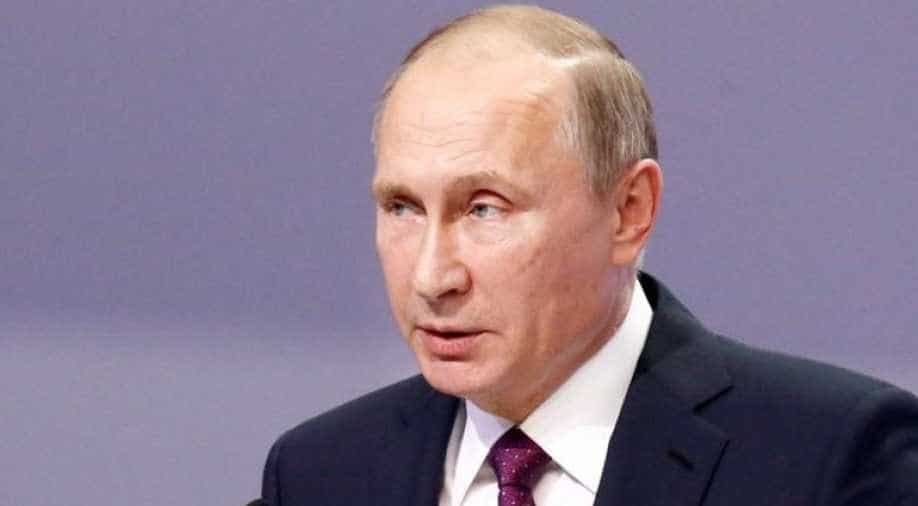 Russia says the court has not lived up to expectations. In pic: Russian president Vladimir Putin delivers a speech in Moscow on November 10. Photograph:( Reuters )

Russia dealt the International Criminal Court (ICC) a fresh blow Wednesday as the court's top officials urged nations to support the tribunal hit by a wave of unprecedented defections.

Moscow has never ratified the world's only permanent war crimes court, but in a heavily symbolic move on the opening day of the ICC's annual meeting, it said it was formally withdrawing its signature to the tribunal's founding Rome Statute.

"The court did not live up to the hopes associated with it and did not become truly independent," Russia's foreign ministry said, describing its work as "one-sided and inefficient".

The move came only days after The Gambia on Monday formally notified the United Nations it was leaving the ICC, following in the footsteps of South Africa and Burundi.

"Don't go," pleaded Senegalese minister Sidiki Kaba, the president of the ICC's Assembly of State Parties as he opened an eight-day meeting. "In a world criss-crossed by violent extremism...it is urgent and necessary to defend the ideal of justice for all."

The tribunal opened in 2002 in The Hague as a court of last resort to try the world's worst crimes where national courts are unable or unwilling to act.

In his passionate plea, Kaba admitted the ICC was undergoing a "difficult moment".

With Russia and China having blocked UN moves to refer war crimes in Syria to the ICC for investigation, Kaba acknowledged some believed international justice was marred by double standards. But he offered reassurances, saying: "You have been heard."

There have long been accusations of bias against African nations. And Kenya, Namibia and Uganda have also indicated they are considering pulling out of the Rome Statute.

South Africa's Justice Minister Michael Masutha told the assembly the decision to quit "was not taken lightly" by his country, which had played a major role in drawing up the founding statute. He argued South Africa had been treated unfairly by the court when it did not arrest visiting Sudanese President Omar al-Bashir, even though the ICC has issued an international warrant for his arrest on war crimes charges.

Pretoria had found itself caught in a dilemma, with "conflicting obligations" to uphold both the ICC's rules and international law granting immunity to heads of state, Masutha said, adding his country "would not become a safe haven for fugitives."

Chief prosecutor Fatou Bensouda insisted however her office would continue "to forge ahead to deliver on its important mandate". "Without the ICC we will regress into an even more turbulent world where chaos and violence take the upper hand."

Amnesty International slammed Moscow's "cynical" move as a bid "to undermine the progress towards international justice".

But Bensouda told AFP later that Russia's decision would not impede her ongoing investigation into alleged war crimes during the brief 2008 war between Russia and Georgia over the breakaway region of South Ossetia. "We will continue to do our work," she said, adding her office would seek "as much information from alternative sources as possible".

Bensouda has also opened preliminary probes into cases in the Palestinian territories, Colombia as well as Ukraine, and revealed she may be poised to launch her most complex investigation so far.

In her annual report she said there was a "reasonable basis" to believe US troops as well as the Taliban and Afghan forces may have committed war crimes in Afghanistan.

'Do not betray victims'

If a full-blown investigation goes ahead, US forces would be exposed for the first time to an ICC investigation, although it is highly unlikely any American troops would end up in the dock in The Hague.

Palestinian foreign minister Riad Malik meanwhile pressed the court to launch a full investigation into what he said where "crimes that continue to be committed by Israeli occupation".

To drop the probe "would send a message to our children...that criminals can get away with their crimes, because we live in a world where might is right".

UN human rights chief Zeid Ra'ad Al Hussein warned of "a new trend" of isolationism, adding "now is not the time to abandon the post. This is the time of resolve and strength".

"Do not betray the victims, nor your own people. Stand by the Rome Statute and the court."