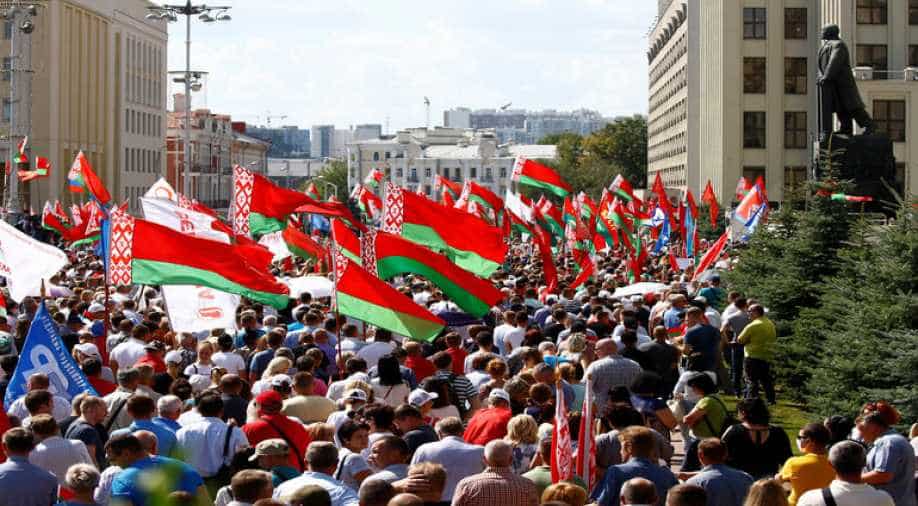 Belarus has been rocked by a week of street protests after protesters accused Lukashenko of rigging a presidential election last Sunday.

Ties between the two traditional allies had been under strain in the run up to the election, as Russia scaled back the subsidies that propped up Lukashenko's government.

Russia sees Belarus as a strategic buffer against NATO and the Europeamn Union.

Meanwhile, Lukashenko on Sunday spoke in front of a crowd of supporters at a rally in central Minsk asking them to defend the country and its independence.

The strongman is facing the greatest challenge to his leadership from a growing protest movement fanned by a brutal police crackdown.

"I'm not a fan of rallies but alas, it's not my fault I had to call you to help me," the 65-year-old said as some 10,000 supporters waved national flags and shouted "Thank you!" and "Belarus!"