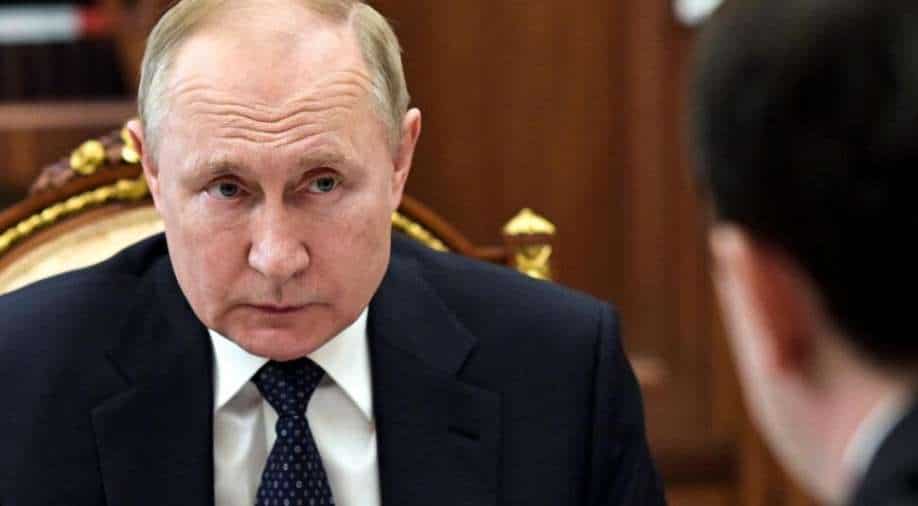 U.S. intelligence officials have determined that Russian President Vladimir Putin is being misinformed by advisers about his military’s poor performance in Ukraine, according to the White House. The advisers are scared to tell him the truth, the intel says.

The White House claims that Russian President Vladimir Putin is being mislead by advisers who are afraid to inform him how awful the battle in Ukraine is going.

According to the White House, Putin is apparently not being informed on the entire impact of sanctions on the Russian economy.

The Kremlin has yet to respond to the reports.

The findings are "discomforting," according to Pentagon spokesperson John Kirby, because an uninformed Putin might result in a "less than faithful" endeavour to resolve the conflict through peace talks.

Earlier, President Joe Biden said in an exchange with reporters that he could not comment on the intelligence.

White House communications director Kate Bedingfield said that the administration is hopeful that divulging the finding could help prod Putin to reconsider his options in Ukraine, according to a U.S. official. The official was not authorized to comment and spoke on the condition of anonymity. The war has ground to a bloody stalemate in much of the country, with heavy casualties and Russian troop morale sinking as Ukrainian forces and volunteers put up an unexpectedly stout defense.

But the publicity could also risk further isolating Putin, who U.S. officials have said seems at least in part driven by a desire to win back Russian prestige lost by the fall of the Soviet Union.

“What it does is underscore that this has been a strategic blunder for Russia,” Bedingfield said of the intelligence finding. "But I’m not going to characterise how ... Vladimir Putin might be thinking about this.”