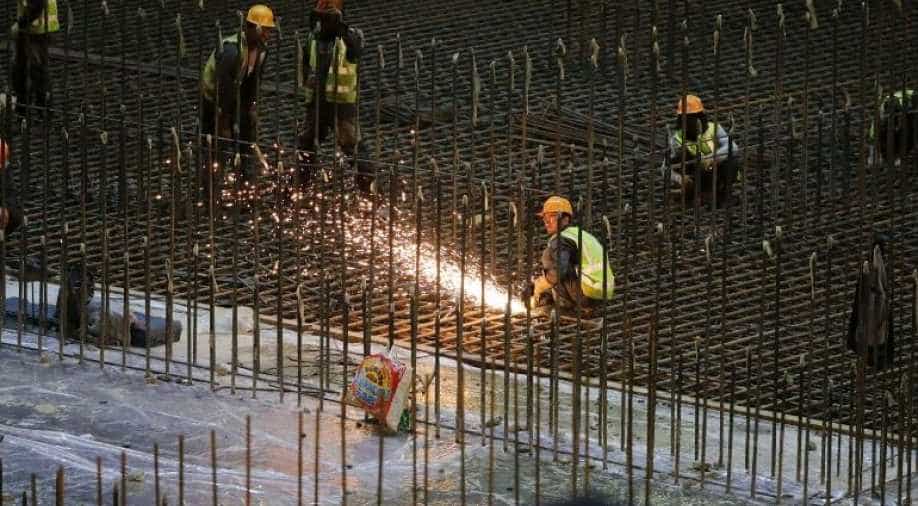 FILE PHOTO: Builders work at a construction site at the Vostochny cosmodrome, near the town of Tsiolkovsky in Amur region, Russia Photograph:( Reuters )

Russian investigators said on Thursday they had opened two criminal cases into the management of a company involved in building the Vostochny Cosmodrome, a space centre in the country's the Far East.

The announcement came less than two weeks after President Vladimir Putin complained to government officials about corruption at the facility and called for further investigations.

Construction of the Vostochny Cosmodrome began in January 2011, part of a plan for Russia to reduce its dependency on the Baikonur Cosmodrome in Kazakhstan, which Russia leases from the former Soviet Republic for space operations.

But Putin told government officials earlier this month he was dismayed by the level of graft there.

Investigators said on Thursday that they were looking into allegations that fraudulent financial documents had led to the theft of 240 million roubles ($3.8 million) between November 2018 and May 2019.

Top officials at the Cosmodrome said they were in control of the situation and that any violations would immediately be passed to law enforcement officers, the RIA news agency reported.

The Vostochny Cosmodrome, whose name comes from the Russian word meaning 'Eastern', is situated in the Amur region on the border with China.