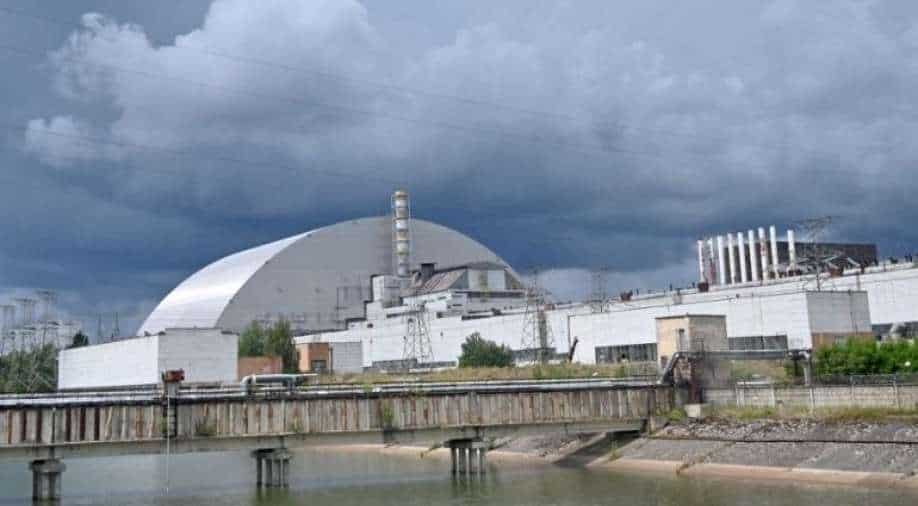 On February 24, Russia invaded Ukraine and seized Chernobyl, the site of a 1986 disaster that killed hundreds of people and spread radioactive contamination west across Europe. Photograph:( AFP )

Some 25,000 people live in the town 160 kilometres (99 miles) north of Kyiv, built after the 1986 Chernobyl nuclear power plant accident

Ukrainian officials said on Saturday that Russian forces took control of a town housing staff working at the Chernobyl nuclear site and briefly detained the mayor.

"I have been released. Everything is fine, as far as it is possible under occupation," Yuri Fomichev, mayor of Slavutych, told AFP by phone, after officials in the Ukraine capital Kyiv announced earlier he had been detained.

Some 25,000 people live in the town 160 kilometres (99 miles) north of the capital, built after the 1986 Chernobyl nuclear power plant accident.

Residents took to the streets, carrying a large blue and yellow Ukrainian flag and heading towards the hospital, the administration said, adding that Russian forces fired into the air and threw stun grenades into the crowd.

It also shared on its Telegram account images in which dozens of people gathered around the Ukrainian flag and chanted: "Glory to Ukraine".

"According to the latest information, the town's mayor, Yuri Fomichev, has been captured," the administration said.

The Chernobyl plant was taken by the Russian army on February 24 on the same day that Moscow launched its invasion of Ukraine.

The town's capture comes after the first staff rotation at Chernobyl plant last weekend since Russia took control.
About 100 Ukrainian technicians continued to run the daily operations at the radioactive site for nearly four weeks without being rotated.