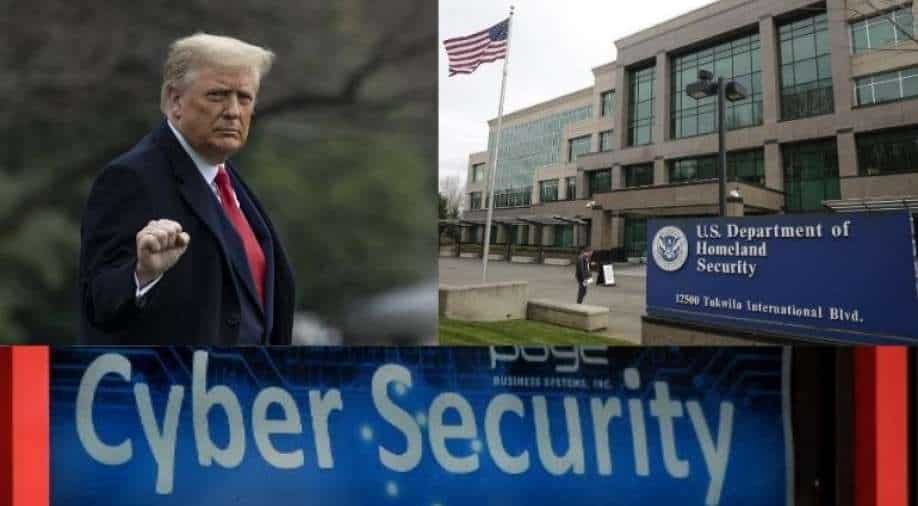 Reports say the hackers targeted groups in Britain, a US internet provider and a county government in Arizona.

As US secretary of state Mike Pompeo blamed Russia for the hacking of key US departments, the Department of Homeland Security said that the espionage activity detected was not limited to just SolarWinds software.

According to reports, hackers reportedly monitored email and other data within the US departments of Defense, Treasury, Homeland Security, Commerce and State.

In Pics: SolarWinds compromised: How hackers attacked software used by US government departments

Reports say the hackers targeted groups in Britain, a US internet provider and a county government in Arizona.

Meanwhile, US Congressmen requested Trump for an in-person meeting accusing the president of not responding. Trump is yet to make an official statement over the hacking incident which some experts say is the biggest cyber attack case in US history.

"I'm disappointed that he (Trump) is not bringing the government together to respond to it," Maloney added.

"Trump's complete passivity and disregard for the national security here are astounding, you know, even on Trump standards," lawmaker Jamie Ruskin said.

"I think the level of specificity that I find in The New York Times, The Washington Post or The Journal is much better than what they brought this morning. Very disappointing, it's like pulling teeth to get to get concessions and from getting in on any level of specificity," Congressman lynch said.