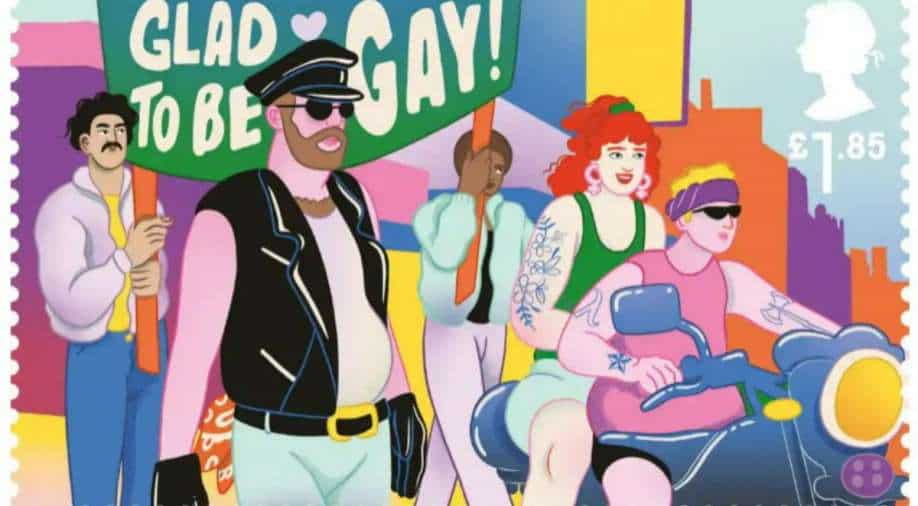 (Image: Royal Mail) One of the stamps released by the Royal Mail. Photograph:( Others )

The Gay Pride stamps are now available for pre-order. Royal Mail will start selling it on July 1

Britain's Royal Mail is commemorating an LGBTQI+ event in London considered landmark development for gay rights in the UK. Royal Mail has released a set of eight illustrate stamps. These illustrations are made by award-winning artist Sofie Birkin.

On July 1, 1972, a group of people gathered in London's famed Trafalgar Square. The group then marched to Hyde Park chanting  “Gay is fun! Gay is proud! Gay is beautiful!”.

Homosexuality had been decriminalised in the UK 1967 but police arrests of gay and homosexual men continued even after that. The Pride march of 1973 was organised to demand greater equality in the eye of law for gay people.

“The vibrant, colourful Pride events that take place in towns and cities across the UK today trace their origins to a small number of people who marched through central London half a century ago to raise awareness of discrimination and inequality," said David Gold, the director of external affairs and policy at Royal Mail. He was quoted by The Guardian.