Rockets fired at Iraqi base hosting US troops: Coalition 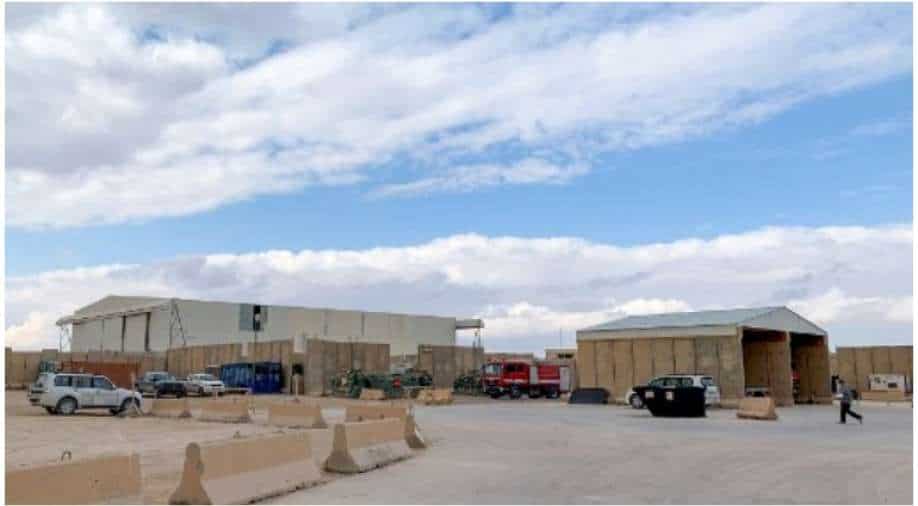 File photo of Ain al-Assad base in Iraq Photograph:( AFP )

No group claimed responsibility for the attack immediately

Three rockets targetted Iraq airbase that hosts US soldiers on Monday, said a spokesman for US-led coalition in Iraq. There have been no casualties.

Colonel Wayne Marotto, a spokesman for the international coalition in Iraq, said on Twitter that the Ain al-Assad base "was attacked by three rockets" in the early afternoon. He said in his tweet that the damage was being assessed.

Initial report: At approx. 2:45 PM local time, Ain Al-Assad Air Base was attacked by three rockets. The rockets landed on the base perimeter. There are no injuries and damage is being assessed. For more information see @SecMedCell

The attack took place on Ain al-Assad facility situated in western province of Anbar. This attack is latest in the list of attacks against US interest in Iraq.

US forces, whose 2,500 troops are deployed in Iraq as part of an international coalition to fight the jihadist Islamic State group, have been targeted more than 40 times this year.

No group claimed responsibility for the attack immediately.

Monday's attack has come a week after deadly US airstrike against pro-Iran fighters in Iraq and Syria.

Pentagon said that the airstrikes were carried out as a retaliation for attacks against US interests. Secretary of State Antony Blinken declared they sent a "strong message" not to keep attacking American forces.

The Hashed-al-Shaabi, an Iraqi paramilitary alliance that includes several Iranian proxies and has become the main power broker in Baghdad, said the raids killed four of its fighters in the Qaim region near the border with Syria.

The June 27-28 overnight strikes targeted operational and weapons storage facilities at two locations in Syria and one in Iraq, the Pentagon said.

Iran-aligned groups operate in Iraq, which counts both Tehran and Washington as allies, and in war-torn Syria, where Iran is a key backer of the Damascus regime.