Rescue of 200 dogs destined for slaughterhouse begins in South Korea 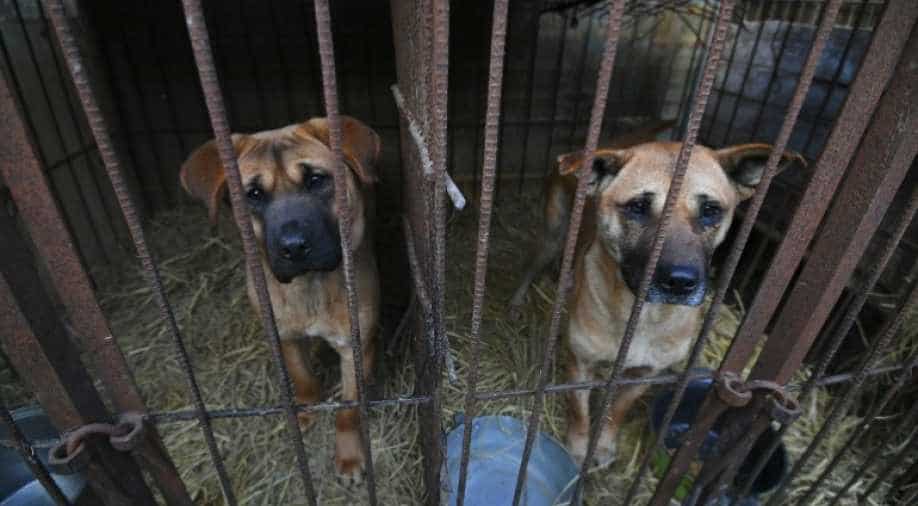 About one million dogs are eaten a year in South Korea, often as a summertime delicacy, with the greasy red meat — invariably boiled for tenderness — believed to increase energy.

A rescue operation to save hundreds of dogs in South Korea from the slaughterhouse began Wednesday, as pressure mounts on the country to end its custom of killing canines for meat.

About one million dogs are eaten a year in South Korea, often as a summertime delicacy, with the greasy red meat — invariably boiled for tenderness — believed to increase energy.

But the tradition has earned criticism abroad and has declined as the nation increasingly embraces the idea of dogs as pets instead of livestock, with eating them now something of a taboo among young South Koreans.

The two-week rescue operation by animal protection group Humane Society International (HSI) will save about 200 canines at a dog farm in Hongseong county, 150 kilometres south of Seoul.

The dogs will then be sent to Canada and the United States for rehoming.

"These dogs are no different from any other dogs. Once they receive some tender loving care that they deserve and that they need," Kelly O'Meara, an HSI official, told AFP.

The farm was the 14th complex shut down by the group since 2015.

The organisation said it has rescued around 1,600 dogs during that time, with farmers given support to move into other lines of work. One transformed his dog meat business into a blueberry farm.

Lee Sang-gu, the owner of the Hongseong farm, said he decided to change his business because it was "not profitable anymore", noting even his family members were against eating dog.

According to a survey in 2017, 70 per cent of South Koreans do not eat dog, but far fewer — about 40 per cent — believe the practice should be banned.

The country's largest canine slaughterhouse complex in Seongnam city, south of Seoul, was dismantled in November. Activists who visited found electrocution equipment and a pile of dead dogs abandoned on the floor.

There are currently no laws on how to treat or slaughter canines for meat in South Korea. While farmers have urged Seoul to include dogs under livestock welfare regulations, animal rights groups oppose doing so, seeking complete abolition instead.