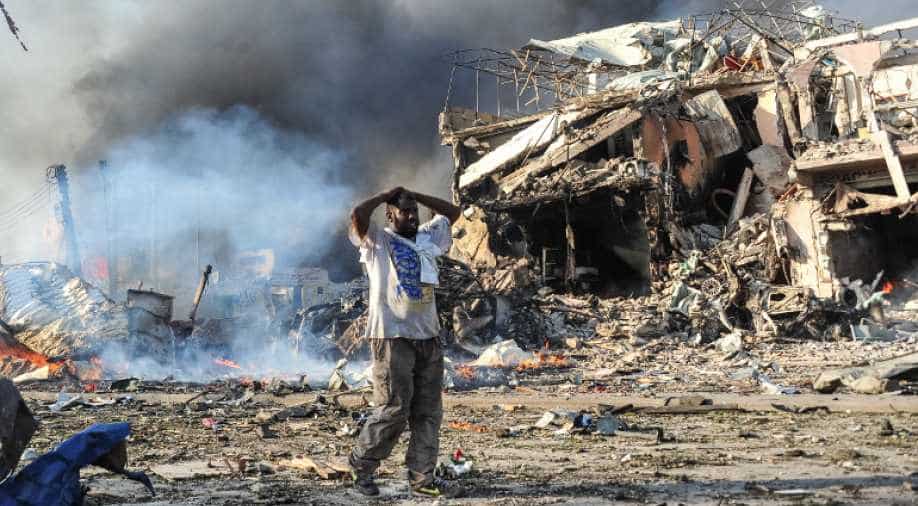 A Somali man reacts next to a dead body on the site where a car bomb exploded at the centre of Mogadishu, on October 14, 2017. Photograph:(AFP)
Follow Us

As many as 512 died in an October truck bombing in the Somali capital Mogadishu, an emergency committee investigating the terrorist atrocity has found.

An earlier death toll of 358 already made the October 14 bombing the deadliest terrorist attack in Somalia's history. No group claimed responsibility, but the Al-Qaeda-aligned Shabaab militant group has been blamed.

"The overall number of people we have recorded involved in the casualty are 869 persons: 512 are dead, 295 wounded and about 70 others are not yet confirmed if they were dead and or missing," Abdulahi Mohamed Shirwac, chairman of the Somali Emergency Operation Centre told AFP Saturday.

The 11-member board was established to look into the October 14 bombing. The government has not commented on the report, which it received this week.

The Shabaab has been fighting to overthrow successive internationally-backed governments in Mogadishu since 2007 and frequently deploys car and truck bombs against military, government and civilian targets.

Since then the United States -- which supports Somalia's fledgeling army as well as carrying out its own operations against the Shabaab and a separate self-proclaimed Islamic State group in the north of the country -- has increased the frequency of air strikes targeting jihadist leaders.