Remains of 43 people killed by heatwave found along US-Mexico border in Arizona: Report 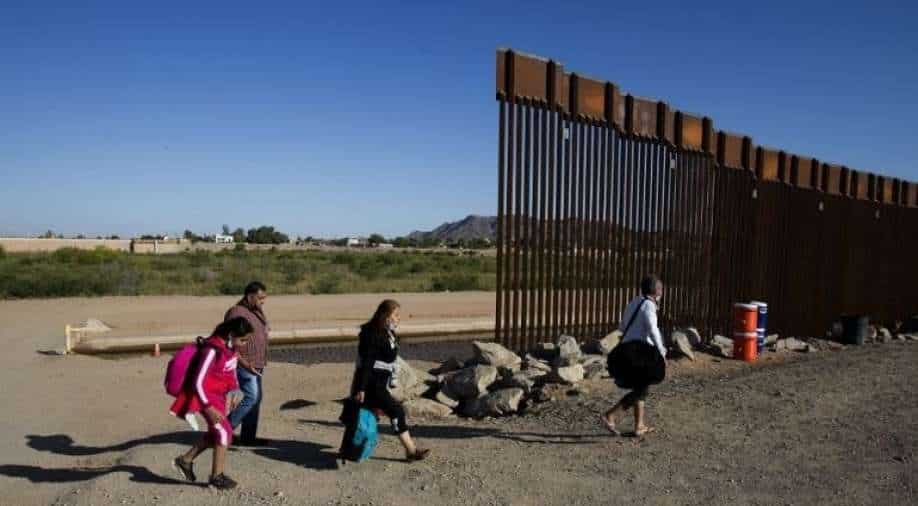 Migrants from Colombia cross the United States and Mexico border to turn themselves over to authorities on May 13, 2021 in Yuma, Arizona Photograph:( AFP )

According to official estimates, remains of 43 people have been found along the Arizona-Mexico border. The most probable cause is exposure to extreme heat

Amid record temperatures being inducted across the world, the extreme effects of such radical temperatures are being especially felt in North America and Europe. Now, officials have recovered bodies of migrants who lost their lives to the heat in Arizona's borderlands.

Record temperatures and tricky terrain may have caused the deaths. The Guardian reported that a surge in migrant deaths was also recorded in Texas. Rescue operations have picked up through the border with Mexico.

According to the non-profit group called Humane Borders, 43 sets of human remains have been found in the state's border region. These remains were recovered in just the last month, which was the hottest June ever for the region.

A mapping coordinator for Humane Borders - Mike Kreyche told The Guardian that not all of those bodies were of people who died in June. Out of the 43, 16 had been dead for just a day, while other 13 had been dead for a week before being found.

The data also signals that all the bodies were of migrants and are much higher in number than eported by the Border Patrol.

Kreyche also noted the increase in dead bodies recovered this years as compared to previous years. 127 sets of remains were found during the first half of 2021, as opposed to 96 bodies that were recovered during the same period last year.

The most common cause of death, as listed by officials is "exposure". According to records, the six-month toll this year is higher than of 2017 wherein 123 sets of remains were found along Arizona's border with Mexico.

According to Texas officials, a surge has been noted in migrant deaths this year. Just last month, Brooks County Sheriff's Department in southern Texas reported 36 migrant deaths in the first five months of 2021, which was higher than all of last year.

Officials have warned of increased dangers this year owing to rising temperatures this summer. Most migrants cross through Texas. But due to strict regulations there, many have been compelled to cross through Arizona, where there is no food or water available.