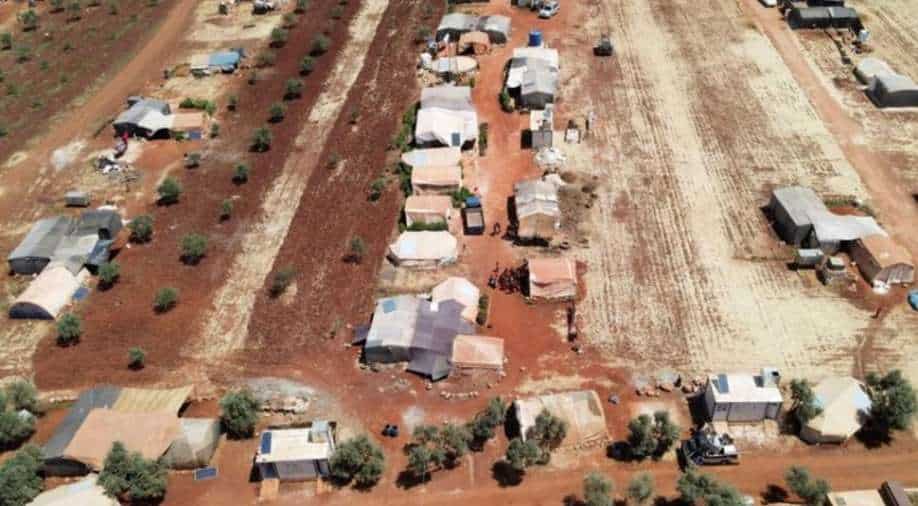 The shelling on Saturday morning also wounded 16 others in several locations of the Jabal al-Zawiya area in the south of the stronghold, the Syria Observatory for Human Rights said.

Six children were among eight civilians killed by regime artillery fire on Saturday in Syria's last major rebel stronghold of Idlib in the country's northwest, a war monitor said.

The shelling on Saturday morning also wounded 16 others in several locations of the Jabal al-Zawiya area in the south of the stronghold, the Syria Observatory for Human Rights said.

It killed five members of the same family -- a man, his wife and their three children -- in the village of Iblin, two children in Balyun village, and another child in Balshun village, it said.

In Iblin, an AFP photographer saw the bodies of the family arrive at a health dispensary, wrapped in woollen and cotton blankets.

Nurses and others prepared the bodies for burial, cleaning the bloodied corpse of a young boy before swaddling it in white fabric, he said.

The Idlib health directorate reported that the dead man in Iblin worked for its local branch, and likewise reported the death of his wife and three of their children.

Saturday's death toll is one of the highest since an international ceasefire came into force in March 2020 to protect the jihadist-dominated bastion from a regime offensive.

But violations of the truce, brokered by regime ally Russia and rebel backer Turkey, are relatively frequent, as government forces maintain pressure on the rebel enclave.

In past weeks, Russian warplanes have pounded the southern Idlib region in tandem with artillery shelling by regime forces, according to the monitor.

The war in Syria has killed nearly 500,000 people since it started in 2011 with the brutal repression of peaceful demonstrations.