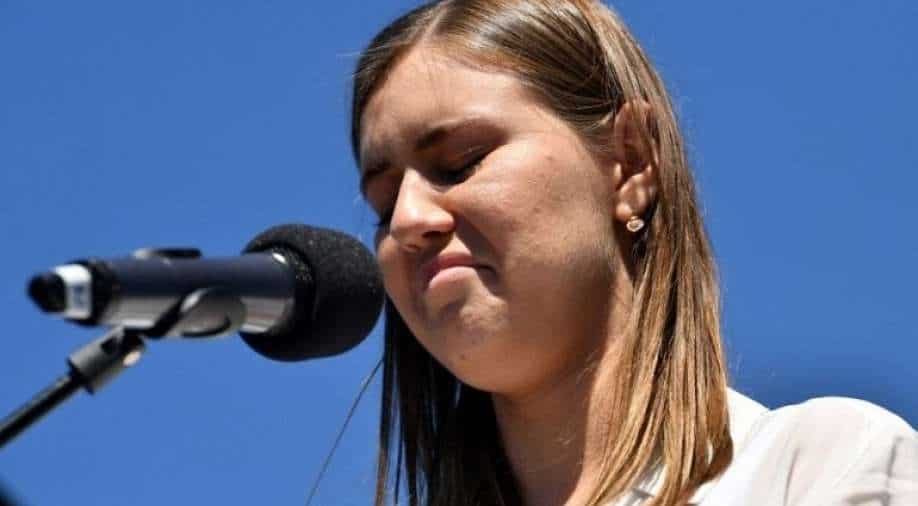 (FILES) A file photo taken on March 15, 2021 shows former government staffer Brittany Higgins, who alleged publicly that she had been raped by a colleague in a minister's office in 2019, speaking before protesters during a rally against sexual violence and gender inequality in front of Parliament House in Australia's capital city Canberra. Photograph:( AFP )

Sexual harassment and bullying are widespread in Australia's parliament, affecting both lawmakers and staff, a high-profile inquiry into the institution's "sexist culture" has found.

One in every three employees in Australia's parliament and other government departments have experienced sexual harassment, according to a major report aimed at cleaning up a poisonous workplace culture.

In a study of over 1,700 people, just over a quarter of those who had been sexually harassed felt a member of parliament was to blame.

Approximately 37% of employees stated they had been bullied.

Australian Prime Minister Scott Morrison said his administration is likely to adopt the report's 28 recommendations, which include establishing objectives for gender balance and diversity across all legislative functions.

The report addresses "the power imbalance, the gender imbalance, the lack of accountability for behavior, as well as understanding the challenging and demanding work environment" in parliament.

After thousands of women protested across Australia to condemn sexual abuse, Morrison ordered an independent probe to be conducted by Sex Discrimination Commissioner Kate Jenkins.

Australia has dropped from 15th to 50th in the world for parliamentary gender diversity in the last 20 years.