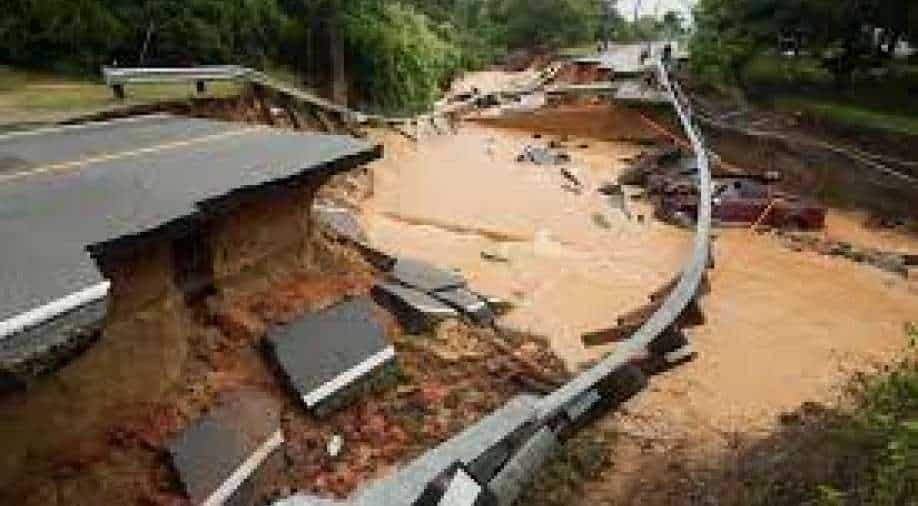 Floods in US Photograph:( Reuters )

A flash flood emergency was declared overnight by the National Weather Service in Nashville, Brentwood, Franklin and Mt Juliet.

A flash flood emergency was declared overnight by the National Weather Service in Nashville, Brentwood, Franklin and Mt Juliet.

"Major flash flooding is occurring with numerous roads, interstates, and homes flooded with water rescues ongoing!" the agency tweeted. "Please stay home and do not travel!"

The Nashville Fire Department said it rescued at least 130 people from cars, apartments and homes, while about 40 dogs were moved from a Nashville boarding kennel, Camp Bow Wow, to another location.

As many as 18 homes in one neighborhood had to be evacuated.

Nashville recorded 5.75 inches (14.6 centimeters) of rain Saturday, the weather service said, setting a new record for the most rainfall in the city on a March day. It was also the fourth-wettest day in the city's history. Almost another inch of rain fell after midnight.

The fire department responded to reports of a collapse at the building following a mudslide, news outlets reported. The two hospitalised patients had injuries not considered to be life-threatening.

March historically is a turbulent month for weather in Tennessee.

Tornadoes killed more than 20 people and destroyed more than 140 buildings in Middle Tennessee in March, 2020.