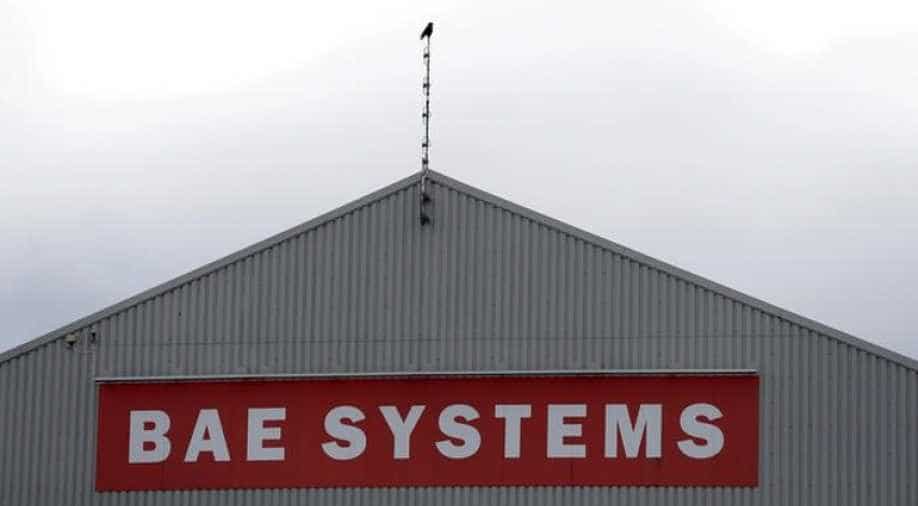 A sign adorns a hangar at the BAE Systems facility Photograph:( Reuters )

Qatar also signed a deal in June to buy F-15 fighter jets from Boeing Co in the United States for $12 billion and concluded a 5 billion euro ($6 billion) deal with Italy for seven navy vessels.

Qatar's defence minister has signed a letter of intent to purchase 24 Typhoon jets from British defence group BAE Systems, in a move that could anger other Gulf countries boycotting Doha.

Saudi Arabia, the UAE, Egypt and Bahrain cut diplomatic and trade links with Qatar on June 5, suspending air and shipping routes with the world's biggest exporter of liquefied natural gas, which is home to the region's biggest U.S. military base.

"The letter of intent includes the ministry's intention to purchase 24 modern Typhoon aircraft with all their equipment," state news agency QNA reported on Sunday.

"This will be the first major defence contract with Qatar, one of the UK's strategic partners," Britain's Ministry of Defence said in a statement, adding that talks over a deal had taken several years.

"We also hope that this will help enhance security within the region across all Gulf allies."

The Eurofighter Typhoon is a joint project between BAE, France's Airbus and Italy's Leonardo, previously known as Finmeccanica, and supports an estimated 40,000 jobs in Britain.

Neither statement gave the cost of the combat jet deal. BAE had agreed in 2014 to supply Saudi Arabia with 72 Typhoon jets in a deal worth 4.43 billion pounds ($6 billion).

Fallon told a conference in London on Saturday that the British government would step up efforts to help BAE Systems to sell more Typhoon jets with government-to-government deals.

The Typhoon has attracted fewer orders this year than the rival Rafale built by France's Dassault Aviation, which has agreed deals with Egypt and Qatar.

Qatar also signed a deal in June to buy F-15 fighter jets from Boeing Co in the United States for $12 billion and concluded a 5 billion euro ($6 billion) deal with Italy for seven navy vessels.

The wealthy Gulf state has been accused by its neighbours of supporting terrorism and meddling with Iran, Saudi Arabia's arch-rival in the region. Qatar denies the accusations.

The crisis has put the region on edge and prompted Turkey to send troops to Doha in a sign of support.