To send message of self-sufficiency, Putin drives to inauguration in Russian-made limousine 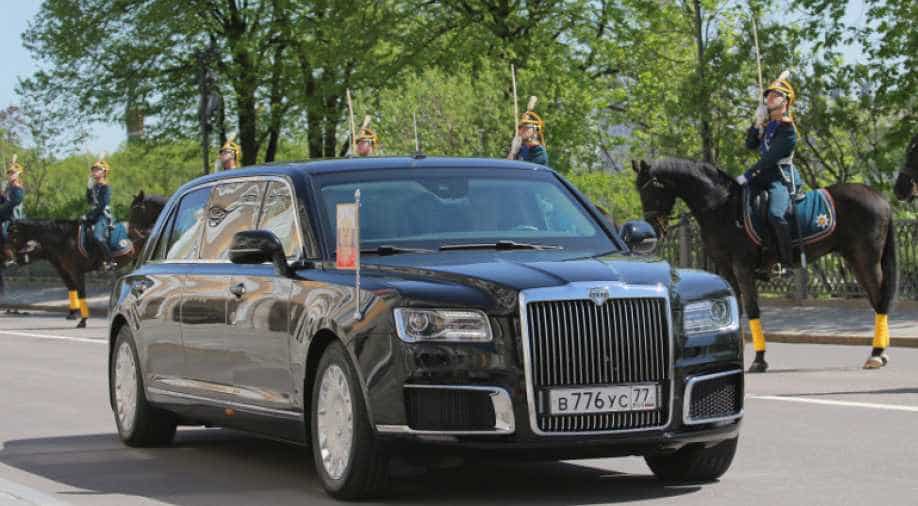 "It's cooler than (US President Donald) Trump's," one guest was quoted as saying by the RIA news agency.

Putin has in the past publicly driven Russian-made cars in front of television cameras in an effort to nurture patriotism and support the domestic auto industry.

Monday marked the first public outing of the new limousine, part of the "Kortezh" series of cars which is also expected to include a sedan, minivan and offroad vehicle.

Under development since 2012, the limousine is being produced by a Russian research institute known by the acronym NAMI, and will be distributed in partnership with Russian carmaker Sollers.

The Ministry of Trade said the cars would be marketed under the brand Aurus and made available for sale from the beginning of 2019, RIA reported.

In his inauguration address, Putin said technological innovation and research were essential for Russia's future to keep pace with global change.

Putin's last six-year term has been marked by a sharp downturn in relations with the West over conflicts in Ukraine and Syria, accusations of Russian meddling in the 2016 U.S. election, and the poisoning of a former Russian spy in England. Moscow denies meddling in the elections or poisoning the spy.