Pure gold cube worth $11 mn appears in New York, and it has a crypto connection 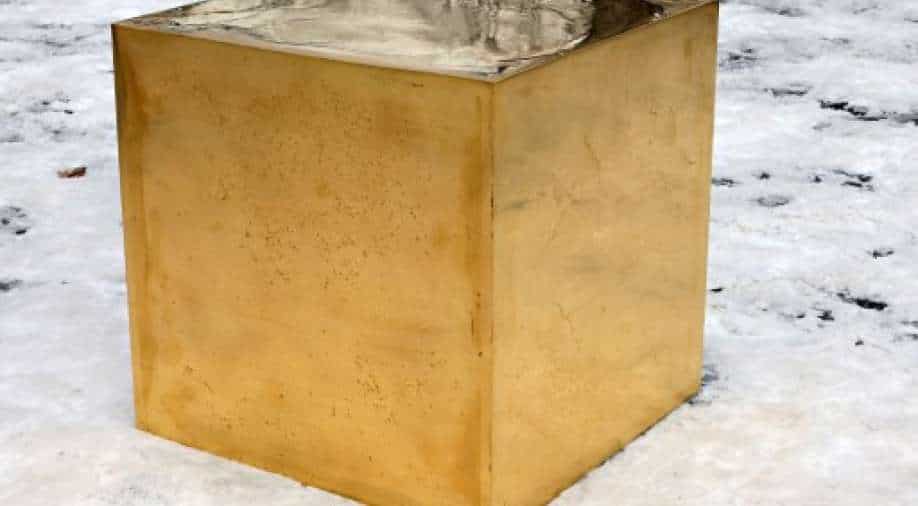 People taking a stroll at New York’s Central Park in the early morning were shocked when they saw the presence of a massive security team closely guarding a giant cube.

But that giant cube weighing 186 kilograms was not made of any ordinary metal. It was reportedly made from pure 24-karat gold, and it has been positioned in the middle of the park’s Naumburg Bandshell venue.

The main brain behind this artwork is a German artist named Niclas Castello.

“Never before in the history of humanity has such an enormous amount of gold been cast into a single, pure object. Gold — the eternal metal. Symbol of the sun, of light, of the good,” he said in the description of his artwork.

Although the artist isn’t interested in selling, the cube has been valued at about $11.7 million, as the gold was purchased at $1,788 per ounce.

But as per reports, the artwork was merely a sideshow to draw the people’s attention to the artist's own cryptocoin known a ‘Castello Coin’.

And he also plans to launch a related NFT that is set to go on auction later this month, the Daily Mail reported.

According to New York Times, 43-year-old Castello showcased the gold cube for only one day in order to emphasise the rarity of the artwork.

Giving shape to the giant piece of structure was no mere feat.

Castell’s team said that a special handmade kiln was created to accommodate the volume of the gold. The kiln was heated up high enough to melt gold bars at 1,100 degrees Celsius for it to be recast.

The Castello CUBE was manufactured in the Art Foundry H. Rüetschi in Aarau, Switzerland.