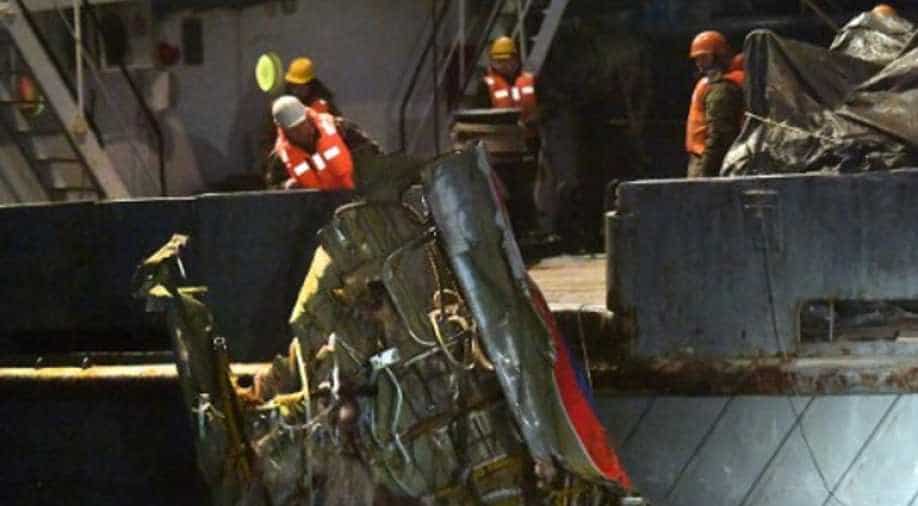 The ageing Tu-154 airliner came down off the Russian coast with the loss of all 92 passengers and crew. Photograph:( AFP )

Recordings from the black box of the Russian military plane that crashed in the Black Sea Sunday have revealed that the crash happened because of a fault in its flaps, Russian media said.

The investigation into the plane crash suggested the flaps malfunctioned because of which the plane came down on Christmas day.

The Life news website says this led the pilots to lose control as the plane was at a critical angle, BBC reported.

The plane took off from Sochi in Russia where it had landed briefly for refuelling.

All the 92 passengers on board died in the accident. Among those killed in the fateful accident were 64 members of the famed Alexandrov military music ensemble, as well as one of Russia's best-known humanitarian, Yelizaveta Glinka. The choir was supposed to perform at a New Year concert.

The plane was heading for Latakia, Russia's air force base in Syria.