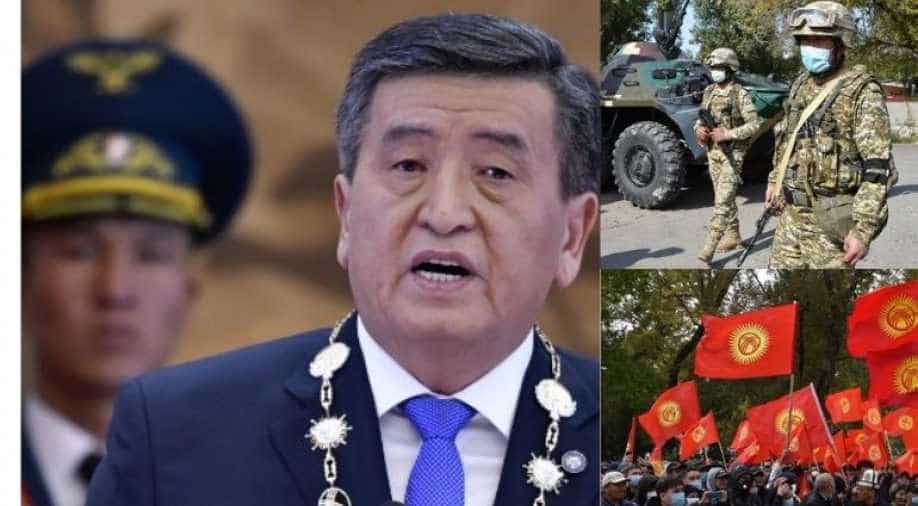 Protesters had hit the streets after the October 4 parliamentary election in which Jeenbekov's allies were declared winners. The election was later annulled.

Kyrgyzstan's President Sooronbay Jeenbekov resigned on Thursday amid political unrest in the country.

"I am not clinging to power. I do not want to go down in the history of Kyrgyzstan as a president who allowed bloodshed and shooting on its people. I have taken the decision to resign," the president said.

Protesters had hit the streets after October 4 parliamentary election in which Jeenbekov's allies were declared winners. The election was later annulled.

"The military and security forces will be obliged to use their weapons to protect the state residence. Blood will be inevitably shed. I urge both sides not to fall for provocations," Jeenbekov said as he decided to step down.

Jeenbekov had said earlier that he would resign after the announcement of fresh elections. As the unrest continued, Russian President Vladimir Putin's deputy chief of staff Dmitry Kozak arrived in the country for talks with Jeenbekov and Opposition leader Japarov.

The clashes on the streets have led to at least 1,200 people being injured with one person killed as Jeenbekov imposed a state of emergency on Friday.

On Wednesday, over 80 lawmakers had attended an extraordinary Parliament session as Japarov secured the backing of the ruling coalition who backed the populist leader as the new prime minister.