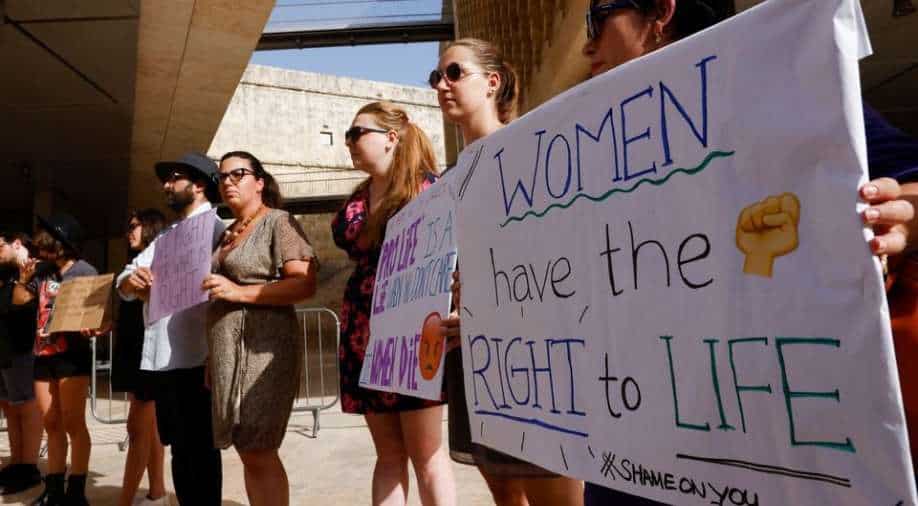 Andrea Prudente, 38, was holidaying with her partner on Gozo island on June 12 when she began bleeding heavily in the night. Last week, the doctors told her that the pregnancy was no longer viable

An American woman, who was admitted to a hospital with severe bleeding in her 16th week of pregnancy while holidaying in Malta, has been denied an abortion despite the doctors saying that her baby has “zero chance” of surviving.

The reason is that in Malta, doctors by law cannot end pregnancy. It is the only EU country to ban abortion. The only options for those seeking to end a pregnancy on the island nation are to buy illegal abortion medication online or seek a termination overseas.

Andrea Prudente, 38, was on holiday with her partner, Jay Weeldreyer, 45, on Gozo island on June 12 when she began bleeding heavily in the night. Last week, the doctors told her that the pregnancy was no longer viable.

Since the baby's heart was beating, Andrea was not given the choice of abortion.

Since then, Andrea and her husband Jay Weeldreyer had been seeking a medical transfer from Malta to the UK, which the couple say is their only option due to the risk to her life.

They alleged that the medical staff were uncooperative in their attempts to leave and in sharing medical records with the couple’s insurance company.

“I just want to get out of here alive,” Andrea told the Guardian from her hospital room in Malta’s capital, Valletta.

“I couldn’t in my wildest dreams have thought up a nightmare like this.”

Andrea said she was “desperate” to leave the island and receive medical care, but also wanted to raise awareness of the situation in Malta to prevent others suffering in the way that she had.

Last week, the Women’s Rights Foundation filed a judicial protest on behalf of 188 women, claiming the Maltese government’s blanket ban on abortion breached their right to health, privacy and equality.

The foundation is now preparing to launch a case challenging the constitutional ban.