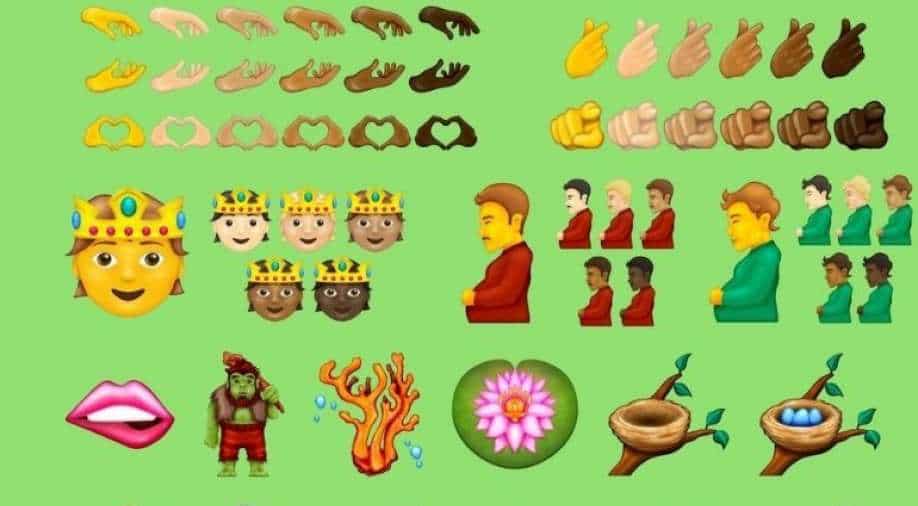 As part of this update, the consortium plans to provide not just a female and a male version of each emoji, but also a gender-neutral one as well

To celebrate World Emoji Day on Saturday, Emojipedia is all set to launch a series of new inclusive emojis.

According to a draft list by the Unicode Consortium, which is in charge of approving emojis and icons for use, the emojis which will hit phones over the next year include designs like a pregnant man and a multiracial handshake.

This update is part of the consortium’s bid to complete their emoji sets by offering not just feminine and masculine, but also gender-neutral variants of every available emoji.

The emojis will feature a selection of skin tones and also have representation for trans and nonbinary pregnancies, with two new gender variants being made available for the “pregnant woman” emoji.

Illustrated by Unicode, these updates will also add gender-neutral royalty via a “person with crown” emoji, which will be joining the pre-existing “prince” and “princess” emojis.

Emojipedia's chief emoji officer, Jeremy Burge, says that adding gender-neutral options to nearly all emojis will give users the option to select a woman or man depending on the situation, as with the "bearded person" emoji in January.

Several options were suggested to make these more gender-neutral. One suggestion was introducing identically dressed gender options for the same emoji, so in addition to the female flamenco dancer dressed in red, we could have a male dressed in a red dress dancing. 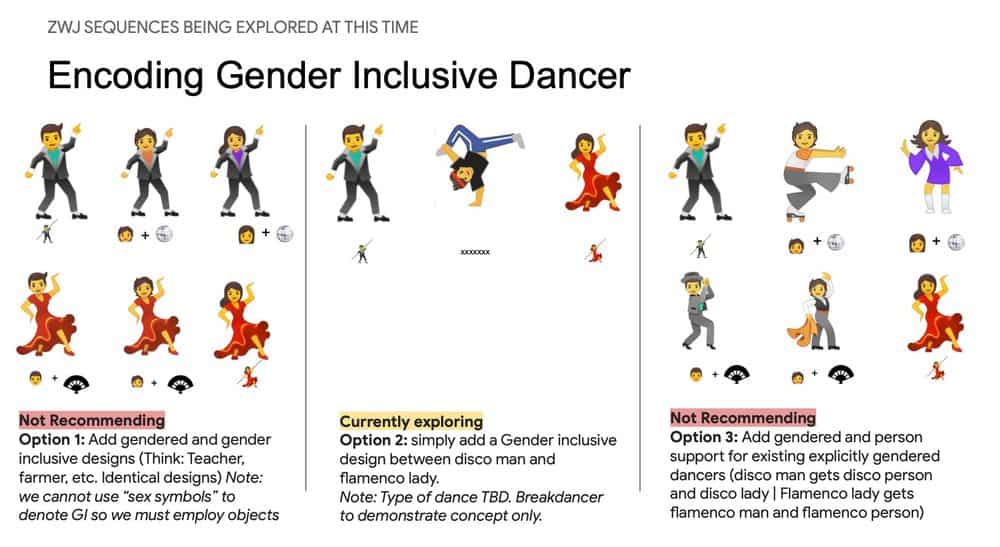 Another option was offering gender-appropriate additions, so in addition to the red dress-wearing female dancer, we could have a male flamenco dancer, dressed in the traditional flamenco garbs.

The final preferred option was the addition of a gender-neutral version of a dancing style, for which breakdancing has been suggested by Emojipedia.

The draft list also contains handshakes between two hands with different skin tones, along with an emoji depicting the popular hands making a heart shape, additional faces like “peeking eye” or peeking through the fingers, “saluting”, and “holding back tears”.

Other additions consist of  20 new icons that include a “coral” emoji which can be used to depict climate change, playground slide, x-ray and empty battery.

Each year as part of its process, Unicode opens its draft icons to public comment before approving them for use in September.

Once the emojis are approved, it is up to the device manufacturers when to make them available to users.