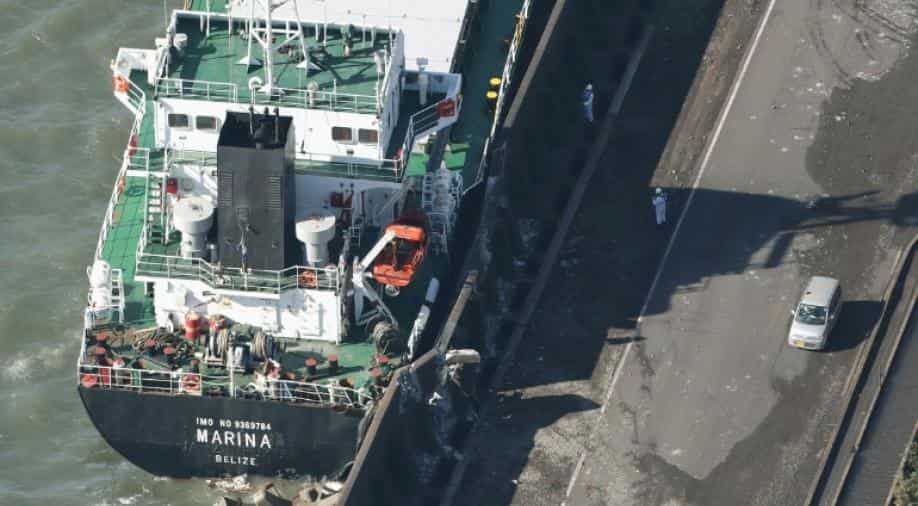 A cargo ship washed ashore by Typhoon Trami is seen in Kawasaki, Japan. Photograph:(Reuters)
Follow Us

A powerful typhoon brought down trees onto railroad tracks and kicked up debris across Tokyo as it brushed past the Japanese capital early on Monday, killing two people and stranding thousands as train lines were closed or severely delayed.

Typhoon Trami made landfall in western Japan on Sunday evening and threatened heavy rains, strong winds and landslides on the northern-most main island of Hokkaido, the Japan Meteorological Agency said. The island was hit by a deadly earthquake last month.

The typhoon, rated by Tropical Storm Risk as a category 1, the lowest on a five-point scale, killed two people and injured almost 130, public broadcaster NHK said.

Another two people were missing, it said, and almost 400,000 households were without power.

Kansai International Airport in Osaka in western Japan said it had opened its runways as scheduled at 6 am (2100 GMT Sunday), after being closed since 11 am on Sunday.

The airport had only fully reopened on Sept. 21 after being heavily flooded earlier that month by Typhoon Jebi, the most powerful storm to hit Japan in 25 years.