People in Bosnia protest as officials accused of COVID-19 graft 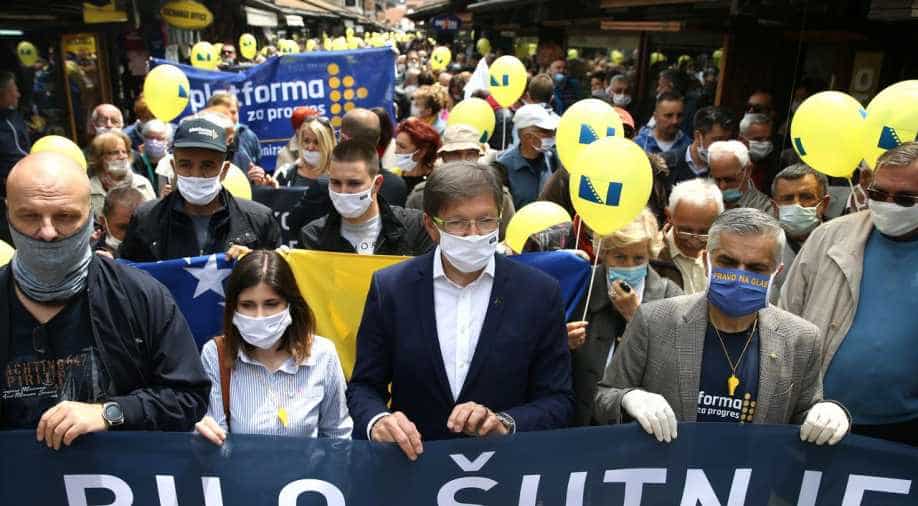 These accusations were related to the procurement of defective ventilators for COVID-19 patients.

Thousands of Bosnians took to the streets on Saturday to protest against bad governance and corruption as senior government officials face graft accusations.

These accusations were related to the procurement of defective ventilators for COVID-19 patients.

The protest was organised by a small moderate party, the Platform for Progress, and joined by leaders of other opposition groups.

Many carried yellow balloons with the Bosnian flag.

Bosnia has been plagued by corruption scandals, often linked to officials from the ruling parties, but most of them have not been charged.

In the latest corruption scandal, the premier of Bosnia's autonomous Bosniak-Croat Federation, Fadil Novalic, has denied accusations of irregularities in the procurement of the Chinese ventilators.

The protestors said they wanted elections that are not rigged and an end to corruption.

Local elections scheduled for October 4 have been postponed for more than a month due to a lack of funding after the government had failed to pass a 2020 budget.