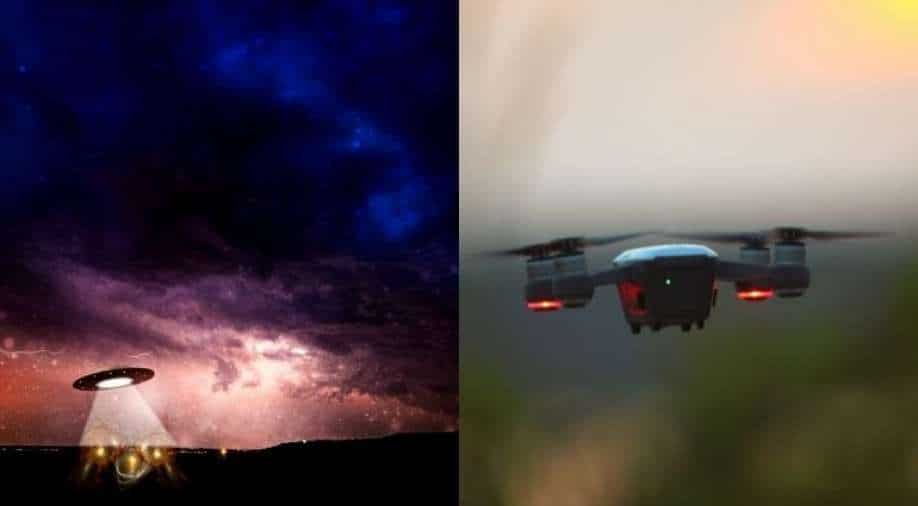 In June, the Office of the Director of National Intelligence released a report that reviewed unidentified aerial phenomena seen since 2004, noting that 143 remained unexplained. Photograph:( Others )

The group will focus on special-use airspace, which includes military operations areas, firing ranges and places restricted for national security and other uses

The Pentagon on Tuesday night announced a new group to investigate reports of unidentified aerial phenomena in sensitive areas, work that will be overseen by both the military and the intelligence agencies.

The group will lead an effort to “detect, identify and attribute objects” in restricted airspace, as well as mitigate any threats to military flights.

The announcement follows the release of a report in June that failed to provide explanations of 143 sightings of strange phenomena by military pilots and others over the past two decades.

The report frustrated some inside the intelligence community who believed more analysis and research should have been done to try to categorize and explain the phenomena. Releasing a report that said the sightings were unexplained further drove theories that the videos or pictures could be visitors from space, a theory that few in the US government take seriously.

Kathleen H. Hicks, the deputy defence secretary, said the new group would be called the Airborne Object Identification and Management Synchronization Group. It will be overseen by an executive council made up of the undersecretary of defence for intelligence, the director of the Joint Staff and senior officials from the Office of the Director of National Intelligence.

In June, the Office of the Director of National Intelligence released a report that reviewed unidentified aerial phenomena seen since 2004, noting that 143 remained unexplained. Of those, 21 reports, involving 18 episodes, possibly demonstrated technological know-how unknown to the United States, such as objects moving without observable propulsion or with rapid acceleration that is believed to be beyond the capabilities of Russia, China or other terrestrial nations.

Also read | ​​​​​​​UFO sightings in US rose sharply during the pandemic, data reveals

Government officials said privately that there were no evidence of Russian or Chinese advance technology in use, much less space-travelling aliens, in the information collected. But the officials acknowledged that the government’s failure to provide much explanation would fuel a wide range of theories, some more conspiratorial than others.

While the unexplained sightings were mostly around military installations or operations, the report said that could be the result of collection bias or the presence of cutting-edge sensors.

Some people believe any phenomenon exhibiting technology beyond the abilities of the United States needs deep study. Sceptics believe most or all of the sightings, including videos recorded by cameras on military fighter jets, can be explained by tricks of optics or naturally occurring phenomena.

Also read | World UFO Day 2021: All you need to know about extraterrestrial origin

But the military research that underpinned the intelligence report did little to address those theories or provide specific explanations for various sightings that have captured the public’s imagination.

For years a military intelligence official, Luis Elizondo, ran a little-noticed group within the Pentagon called the Advanced Aerospace Threat Identification Program. The Pentagon has said the program was shut down in 2012, but backers of the program said its work continued. In 2020, the Pentagon announced it had a new group, the Unidentified Aerial Phenomenon Task Force.

The memo released by Hicks said the task force would immediately transition to the new synchronization group. The oversight council will choose an acting director for the new group and issue guidance, subject to Hicks’ approval, she said.

The new director will have the power to standardize incident reporting of unidentified arial phenomena, ask to oversee the analysis of data on the unexplained sightings and identify shortfalls in detection capabilities.