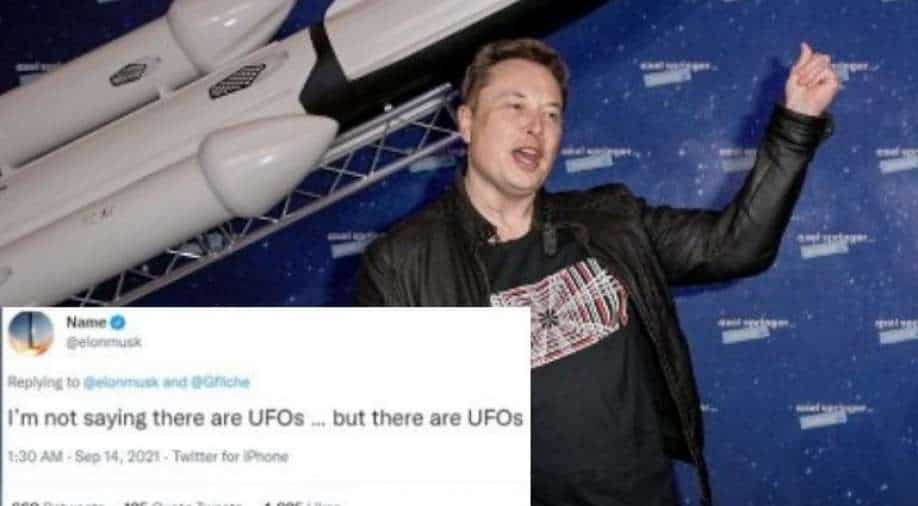 SpaceX CEO Elon Musk sparked a Twitter frenzy after he said in his tweet that, "I'm not saying there are UFOs..but there are UFOs".

The report could not explain the UAP phenomenon which it said, “appeared to remain stationary in winds aloft, move against the wind, manoeuvre abruptly, or move at considerable speed, without discernible means of propulsion.”

However, Musk's current assessment on UFOs created a social media frenzy as Twitter users went on a meme fest online.

‘YoU CanT DAncE to UfO’

I just noticed something about the Philippines ufo and this other one. Looks like the EXACT same one but 20 yrs apart. #ufotwitter pic.twitter.com/hmB0WxEpgE

im pretty sure I just saw a ufo but idk pic.twitter.com/td7eGe7ikb

Although, the report on UFOs was inconclusive but it said UAP were probably physical objects as they were detected through "radar, infrared, electro-optical, weapon seekers, and visual observation".

The report said the objects also displayed unusual flight patterns and UAP “clearly pose” a risk to flight safety. The report added the US administration needs to collect more information and analyse data.