Peace talks with Japan a 'drawn out' process: Russia 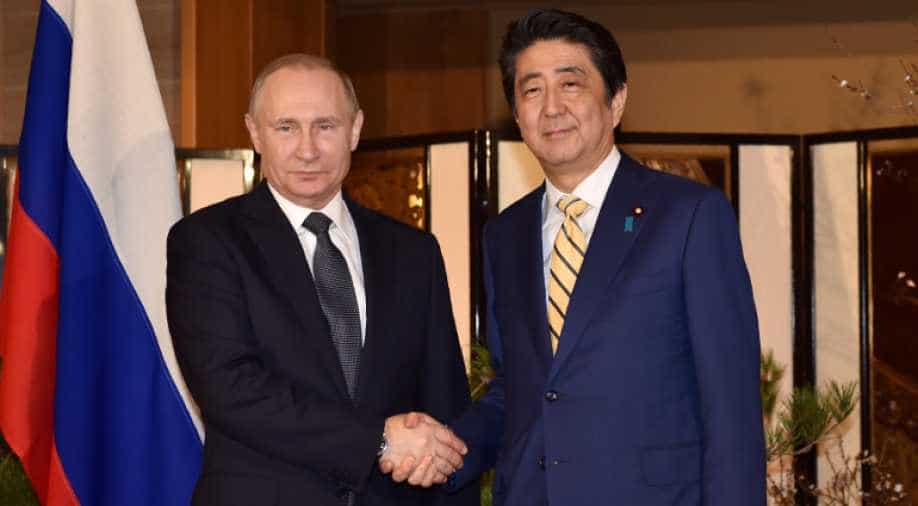 The Kremlin on Monday dampened expectations of any breakthrough at the upcoming summit between the leaders of Russia and Japan, saying striking a peace deal would be a very "drawn out" process.

The peace process stalled in the 1950s due to a dispute over the Kuril islands the Soviet army occupied in the last days of the war.

"The president has said from the start that the issue of signing a peace agreement with Japan will be very drawn out in terms of time," Putin's spokesman Dmitry Peskov told journalists hours before Abe's expected touchdown in the Russian capital.

"The talks are in their initial stage," he said.

Tokyo claims as their own the so-called southern Kurils, a string of islands just north of Hokkaido which it calls Northern Territories.

In the 1950s, the Soviet Union had said it would be willing to transfer Shikotan island and Habomai, a group of islets, to Japan, following a signed peace accord.

Japan at the time refused, demanding the entire chain, which also includes the islands of Iturup and Kunashir.

The notion that Moscow could now cede any territory to Japan is extremely sensitive in Russian society, with a number of protests held against it in recent weeks, including in Moscow at the weekend.

Peskov did not rule out the possibility that Putin could hand over territory in exchange for a peace deal.

"Nobody has officially offered anything, so any eventual line of reasoning is hardly appropriate, they don't help the spirit of the talks," he said.

"Nobody is going to go against their national interests," Peskov said.

Three of the islands are inhabited while Habomai is a group of islets with only the presence of a border patrol.