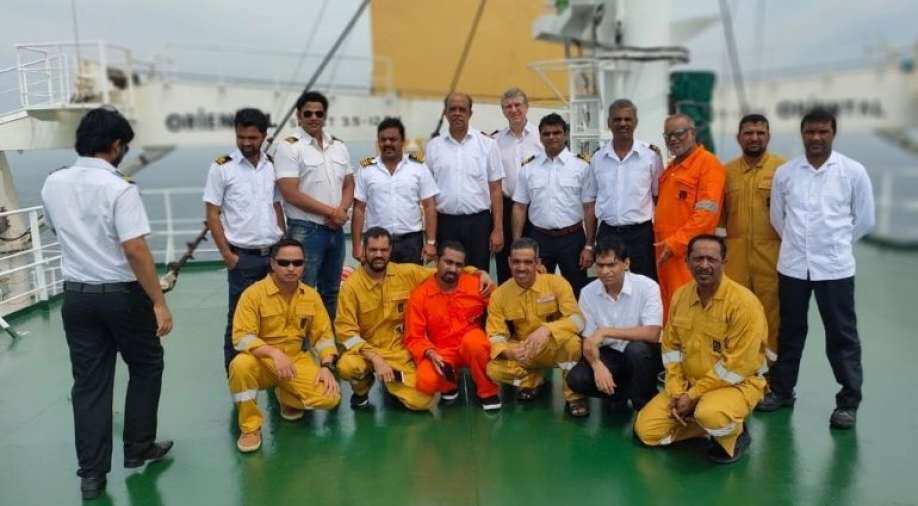 Sailors and crew members of Australian ships carrying coal have been stranded at anchor for nearly five months off the Caofeidian port on the Chinese coastline.

According to commercial tracking data, crews on an estimated 70 ships loaded with seven million to 10 million tons of Australian coal have not been allowed to disembark in China.

China has cited factors such as the coronavirus pandemic and environmental issues behind its decision.

An estimated 1500 seafarers are stranded in Chinese harbours “essentially as pawns of war”, as per Dean Summers from Maritime Union of Australia.

The crews are held hostage to import restrictions imposed on Australian coal as part of its wider geopolitical feud with China. As a result, hundreds of millions of dollars of paid-for coal hanging in the balance.

Companies keen to offload thermal coal to their Chinese buyers have kept the ships at anchor hoping for a resolution, but that option disappeared when China formally banned Australian coal imports, throwing the $14 billion export industry into turmoil.

Onboard the Anastasia are 18 seafarers,16 of them Indian, one Russian and one Filipino - forced to work at sea for far longer than their current anchorage, with crew clocking up to 20 months as ports refuse to let them disembark for fear of spreading contagion.

For as far back as a half year, Virendrasinh Bhosale, a sailor from India, has been caught on a hunk of metal drifting off China's eastern coast.

He is edgy to see his 5-year-old child. "Consistently I long for him and I awaken crying in bed," he said in a statement given to The New York Times.

Bhosale is one of 23 team individuals stuck on board a payload transport, the Jag Anand, off the port of Jingtang in Hebei Province since June. The boat is conveying around 160,000 tons of Australian coal however has not been conceded freedom to empty its load.

Chinese port authorities have informed anchored crews that individuals can only go onshore if a doctor certifies a specific medical emergency.

But according to Gaurav Singh, the navigating officer of the Anastasia, another ship languishing at a Chinese port, Caofeidian, the crew are sick and have injuries that have gone untreated for months.

Singh said in a statement to the Sydney Herald, “We haven’t made any mistakes; we have not committed any crimes. We are getting punished for things we have not done. Why should we suffer for the diplomatic war between the two countries?”

A Twitter account documenting the plight of the Anastasia and the Jag Anand has sprung up. Relatives of the men have started a petition to bring them home.

Australia's Resource Minister Keith Pitt said the dispute was mainly “a matter for the companies involved.”

Meanwhile, Simon Birmingham Australia’s Minister for Trade, Tourism and Investment in the Morrison Government, said his department was making “representations” to its Chinese counterparts but noted that the Australian exporters had already been paid, meaning the transaction “has predominantly already taken place, from an Australian perspective.”

The stranded vessels fly international flags but are caught in a web of multinational companies, contractors and subcontractors — a tangle of competing interests that complicates the situation.

Last year, according to government statistics, Australia exported nearly $10.4 billion worth of coal to China. Though that coal helps fuel China’s voracious economic needs, deteriorating political ties have choked off one conduit.

Britain to withdraw nearly all its troops from Afghanistan, says The Times