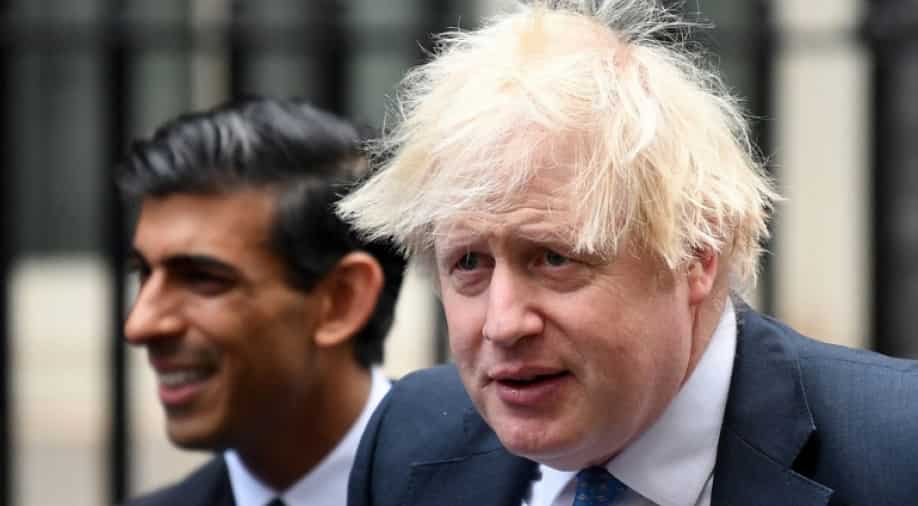 A Downing Street spokeswoman said on Tuesday, "The prime minister and chancellor of the exchequer have today received notification that the Metropolitan Police intend to issue them with fixed penalty notices."

"We have no further details, but we will update you again when we do."

12 gatherings were hosted at Johnson's Downing Street office and the Cabinet Office during a tier III lockdown in London during which people were confined to their homes.

The booze parties were dubbed "Partygate" in the daily headlines and had sparked outrage. Bereaved families of victims of the coronavirus pandemic had called on Johnson to resign.

"Boris Johnson and Rishi Sunak have broken the law and repeatedly lied to the British public," Keir Starmer, the leader of the opposition Labour Party tweeted.

"They must both resign. The Conservatives are totally unfit to govern. Britain deserves better."

Boris Johnson and Rishi Sunak have broken the law and repeatedly lied to the British public.

They must both resign.

The Conservatives are totally unfit to govern. Britain deserves better.

Meanwhile, the Metropolitan Police said, "The investigation into allegations of breaches of COVID-19 regulations in Whitehall and Downing Street continues to progress."

"We are making every effort to progress this investigation at speed, this includes continuing to assess significant amounts of investigative material from which further referrals may be made."

Matt Fowler, co-founder of Covid-19 Bereaved Families for Justice told news agency AFP, "It's now indisputable that whilst bereaved families were unable to be at their loved ones' sides in their last moments, or stood at their funerals alone, the people responsible for protecting us in Downing Street were partying and rule-breaking en masse."

"It's plain as day that there was a culture of boozing and rule breaching at the highest level of government, whilst the British public was making unimaginable sacrifices to protect their loved ones and communities."

Sunak had previously faced criticism after it was revealed that he only gave up a US "green card" after he became finance minister in 2020.