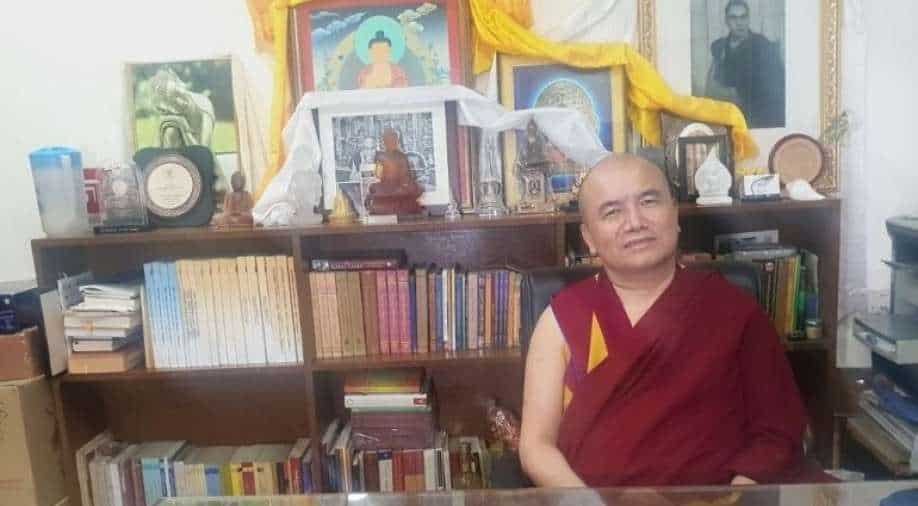 Dorji Damdul was an interpreter for his holiness the Dalai Lama for many years was part of the US Secretary of state Blinken's civil society meets in Delhi on Wednesday.

Speaking to WION's Principal Diplomatic Correspondent, Sidhant Sibal, Dorji talked about the meet, saying that he shared "Dalai Lama's vision of universal ethics" at the meet and if India, US "work together to bring universal ethics to the forefront of education, tomorrow the world is going to be very different."

Blinken met briefly with Ngodup Dongchung, who presented him with a scarf from the Dalai Lama, a senior State Department official said. Dongchung serves as a representative of the Central Tibetan Administration (CTA), also known as the Tibetan government in exile.

The meeting was one of the most conspicuous contacts between US and Tibetan officials since President Barack Obama met the Dalai Lama in Washington in 2016.

WION: What transpired at the meeting that took place during the visit of the US secretary of state?

Geshe Dorji Damdul: So basically it was a very interesting thing, the first program of the US Secretary of state Mr Blinken, it was that meeting of the religious representatives pertaining to inclusive development, he spoke for 10 minutes of the need for inclusive development, on of the thing highlighted was covid 19 cannot be tackled by one country, one person it must be done collectively by all the nations of the world. So these are very inspiring words, so all the participants, there was a total of 7 participants-- 6 from the different religions and one as a senior advocate in the supreme court. So basically the need for all the people of the world, citizens of the world, and the nations of the world to come together for the collective purpose of combating the world crisis.

WION: Do you think your presence in that meeting was a signal to China?

Geshe Dorji Damdul: So basically my being there is purely, it is by recommendation, and I just received a call from the American embassy 3 days before, they said Mr Blinken is coming and we would like to be part of this meeting. This is about inclusive development, Yes I thought it is a very important topic, and it is very important. So I accepted and ended up seeing people representing other religions as well. So in a way, although it was more like people from a different religion but what we really thought was on the collective effort, we call inclusive development. So this is a thing very inspiring and then each participant shares their own efforts, efforts they put to bring about a collective and to handle the collective crisis. I said the need for, his holiness Dalai Lama's vision of universal ethics.

While modern education is meant to curb the problems of the world and it has already reached an advanced level, and world crisis is worsening all the time, where are we going wrong. This was the question asked to his holiness. His holiness without a second thought said, there is a loophole in modern education, the loophole is that modern education emphasis so much on brain development and nothing is there for heart development. So now it is high time, his holiness says, we need to include the program for the development of heart as part of education circular in the modern education. So till this happens, the world is being directed by the leaders and leaders who come from this education system and the system does not really render service and then the future leaders come without hearts and conflict its consequences. So universal ethics and a university in the US has designed a syllabus on that and all the intuitions, colleges, anyone interested in the program and they can contact them and this is provided to you free of cost. I said, that India is a huge country, and the US is a powerful country, and these 2 giants of the world, if they work together to bring universal ethics to the forefront of education, tomorrow the world is going to be very different and this service and legacy of the 2 great nations, this is the opinion I shared.

WION: What was the duration of the conversation and was there mention of love jihad or pegasus snoop gate during civil society meet with the US secretary of state?

Geshe Dorji Damdul: So basically the duration was a total of 45 minutes and it was just like the representations of the various religious groups. People expressed their grievances and all these things came up, there is always coming up with ideas. How can we curb these problems. Not so much about the snooping, not much about that.

WION: Representative of his holiness and US secretary of state met during the visit How do you see the increased engagement between the two sides. In November, the then president of the Tibetan govt in exile was called.

Geshe Dorji Damdul: Basically, I personally see this as a very positive move, America is taking a great initiative and India is a great country. India is a land of Ahinsa, if there is nonviolence, this is the country where we can expect it. It is a great message to the world, the need for the world to come together because what happened to Tibet, can happen to many other countries eventually. If today, if we don't look at things far away in the future then what happened to Tibet will be repeated in many other countries--see what is happening in Hong Kong, what is happening in Taiwan, in Nepal, we never know, Bhutan, we never know.

Not Chinese, communist Chinese (Chinese communist party) CCP is very unpredictable and cannot be trusted. What can happen to the world we never know, therefore this is the time that the world leaders really.. for example, India, all these thousands of years of heritage of nonviolence and integrity and America, champion of democracy. These two countries are so important, that these two countries should come together. America, is the champion of democracy and India is the largest democratic nation, these two have tremendous potential. If they really come together then, the perspective of enormous destruction of the world in the future can be stopped.

WION: China has reacted to the interaction, which is on expected lines and not positive. How do you see their reaction and situation in Tibet right now?

Geshe Dorji Damdul: The CCP is bound to come up with the reaction, that is true. Even if you do the best thing, they will react, if you do a worse thing, they will react. It is total unpredictability of them. They want you to surrender, they want the whole world to surrender. This is what they expect from you. So the bigger countries, who follow democracy, the rule of law, and who follow human rights must come together and stop this expansionism from the CCP. That is very important.

WION: The civil society meets, how do u see in terms of a positive development or a diplomat of a foreign country engaging here in Delhi.

Geshe Dorji Damdul: In fact, I personally saw that Mr Blinken's talk, has a sense of, it reflects a sense of universal responsibility. Talking about the need for us to all come together is so precious. This is the spirit where India is a great example, a role model for this, and America is the champion of democracy, they should, the way they are coming now very closely. They should be more courageous to come out and then speak in the same voice for the need for integrity and be more vigilant as to what is going to happen in the future. We should not be engrossed in what is happening today, we should be able to see what is happening tomorrow for the benefit of one's own country and the benefit of democracy. or else the whole democracy is in danger if the CCP expands too much into the world.