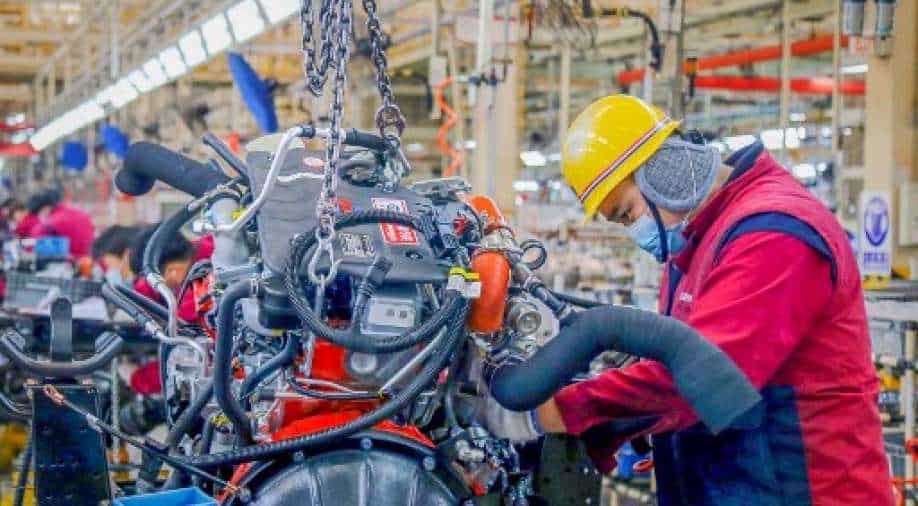 Industrial production in China grew 2.8 per cent on-year for 2020 and in the last quarter of the year, the country recorded 6.5 per cent growth on-year.

China's GDP grew at 2.3 per cent in 2020 making it the slowest pace in more than four decades since the Chinese economy embarked on major reforms in the 1970s.

China's National Bureau of Statistics said it was due to the pandemic's "huge impact". In 2019, the country had recorded  6.1 per cent growth.

However, despite the downturn, China is the only major world economy which clocked positive growth last year as several countries saw their economies being ravaged due to the coronavirus pandemic.

The virus continues to hamper the country over a year after China reported the first case. Over 100 new coronavirus cases were detected in the country's northeast fuelling concerns of another COVID-19 wave ahead of a major holiday season.

Industrial production in China grew 2.8 per cent on-year for 2020 and in the last quarter of the year, the country recorded 6.5 per cent growth on-year. However, retail sales plunged 3.9 per cent last year as consumption lagged amid fears of a resurgence of coronavirus cases.

Chinese exports grew more than expected in December. China had imposed a strict lockdown in Wuhan in January as coronavirus cases began to rise and then extended it to the rest of the country.

China was able to emerge out of the virus fairly quickly opening up Wuhan later in the year, however, there have been several cases of the virus in recent months.

Experts predict economic growth to rebound to 8.4 per cent this year before slowing down to 5.5 per cent in 2022.