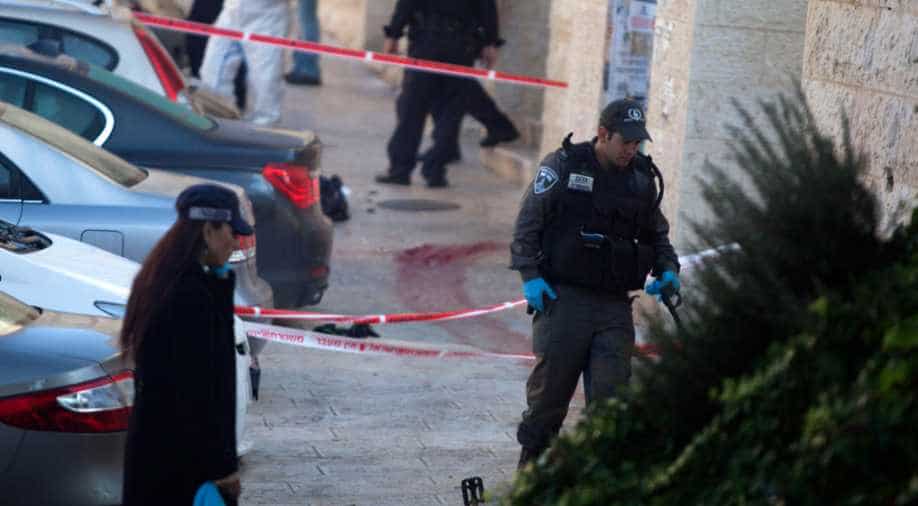 Hebron has been a flashpoint in a spate of deadly unrest that has rocked Israel and the Palestinian territories since October last year. Photograph:( Getty )

Follow Us
A Palestinian attacker stabbed a 13-year-old girl to death at her home in a Jewish settlement in the West Bank on Thursday before being shot dead by security guards, the Israeli army said.

The army said the Palestinian killed the girl in her bed after breaking into her house in the Kiryat Arba settlement outside the city of Hebron.

Security personnel rushed to the house and fired on the attacker, who wounded a guard before being shot dead, said the army.

The Palestinian health ministry identified the attacker as Mohammed Nasser Tarayra, 19, from the village of Bani Naim, just outside the city.

Hebron has been a flashpoint in a spate of deadly unrest that has rocked Israel and the Palestinian territories since October last year.

Several hundred Jewish settlers live in a tightly guarded enclave in the heart of the city of more than 200,000 Palestinians, a persistent source of tensions.

The violence since October has killed at least 211 Palestinians, 33 Israelis, two Americans, an Eritrean and a Sudanese.

Most of the Palestinians were carrying out knife, gun or car-ramming attacks, according to Israeli authorities.

Others were killed in clashes with security forces or by Israeli air strikes on the Gaza Strip.

Analysts say Palestinian frustration with Israeli occupation and settlement-building in the West Bank, the complete lack of progress in peace efforts and their own fractured leadership have fed the unrest.

Israel says incitement by Palestinian leaders and media is a leading cause of the violence.

The number of attacks has declined in recent months but the deadliest yet hit Tel Aviv earlier this month when Palestinian gunmen shot dead four people at a popular nightspot.

The two attackers, cousins from the Hebron area, were arrested.