Over 900 children separated at US border since policy halted: American Civil Liberties Union 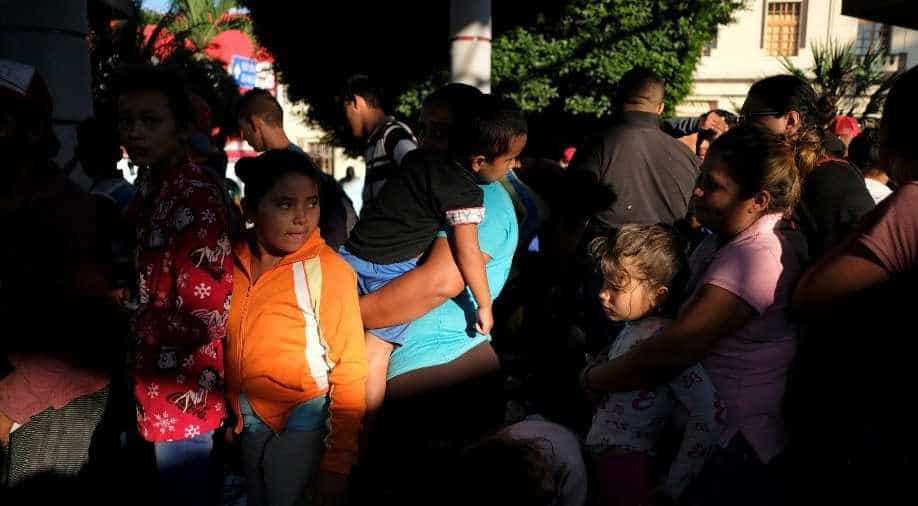 People belonging to a caravan of migrants from Honduras en route to the United States, make a line to be counted at the Central Park of Tapachula, Mexico. Photograph:(Reuters)
Follow Us

In June 2018, the government said it would end its 'zero tolerance' policy of prosecuting those who illegally cross the border and separating them from their children after a public outcry and a legal challenge by the ACLU

The American Civil Liberties Union on Tuesday asked a federal judge to stop the Trump administration`s ongoing separation of families at the US-Mexico border, saying the government had taken more than 900 children from their parents since the policy officially ended last year.

In June 2018, the government said it would end its "zero tolerance" policy of prosecuting those who illegally cross the border and separating them from their children after a public outcry and a legal challenge by the ACLU.

US District Court Judge Dana Sabraw in San Diego ordered the reunification of more than 2,800 migrant children in a court supervised process.

On Tuesday, the ACLU went back to court claiming that the government was still separating families, making exceptions to its pledge to end the practise.

The Trump administration has tried to deter record numbers of migrant families arriving at the US-Mexico border seeking refuge from poverty and violence in countries like Guatemala, Honduras and El Salvador.

The government has said it separates families when it suspects the parent has a criminal record or questions the relationship between the adult and the migrant child.

In a more than 200-page motion, the rights group said the administration is “separating young children based on such offences as traffic violations, misdemeanour property damage, and disorderly conduct violations.”

Sometimes separations have occurred based on “the assertion that the parent does not appear to be doing a proper job parenting,” the motion said.

The Department of Justice did not immediately respond to a request for comment on the ACLU motion. But the administration has said the practice is aimed at protecting children who may be in danger.

Given the potential harm to children of being taken from caregivers, the ACLU is seeking to block the government from separating children from parents, regardless of their criminal history.

"The administration must not be allowed to circumvent the court order,” said Lee Gelernt, lead ACLU attorney in the family lawsuit, in a statement, referring to the original ruling from the judge last year, when both sides agreed to enforce it.

Immigration and child advocates, Democratic lawmakers and the United Nations have condemned separations.