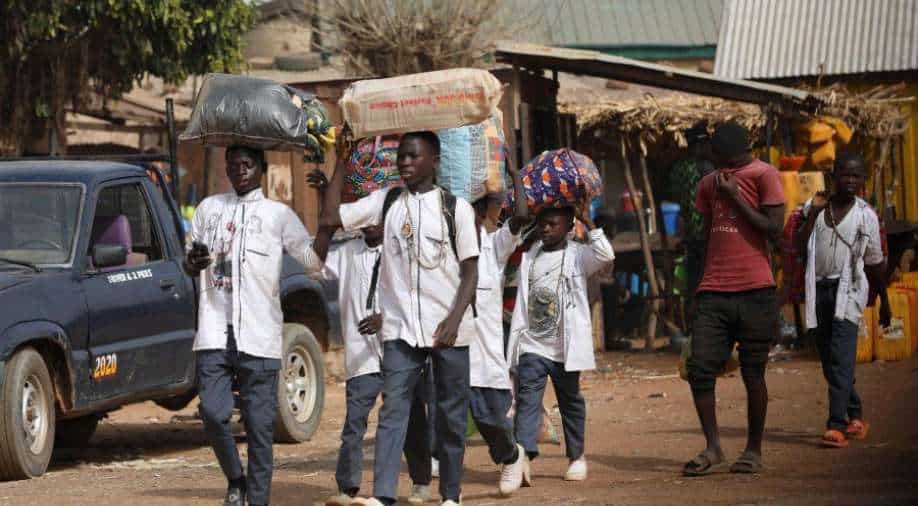 It remained unclear, however, if all the abducted schoolboys had been released, amid ongoing uncertainty over the number taken in the first place.

More than 300 Nigerian schoolboys were released on Thursday after being abducted in an attack claimed by Boko Haram.

It remained unclear, however, if all the abducted schoolboys had been released, amid ongoing uncertainty over the number taken in the first place.

The assault last Friday on a rural school in Kankara, Katsina state in northwest Nigeria, was initially blamed on criminal gangs who have terrorised the region for years. But on Tuesday, Boko Haram, the brutal jihadist group behind the abduction of 276 schoolgirls in Chibok in 2014, claimed responsibility for the raid.

After a six-day ordeal, local officials said the boys had been released.

Those who were released will be given proper medical attention and care before being reunited with their families.

In a video released by Boko Haram Thursday, a distraught teenager said he was among 520 students kidnapped.

Sources had previously told AFP that the raid was carried out by a well known criminal in the region, Awwalun Daudawa, in collaboration with Idi Minorti and Dankarami, two other crime chiefs with strong local followings, acting on behalf of Boko Haram.

Experts recently warned that jihadists -- operating in the northeast of the country, hundreds of kilometres (miles) from where Friday's attack occurred -- were attempting to forge an alliance with criminal gangs in the northwest.

President Buhari's official spokesman Garba Shehu said on Twitter "the northwest now presents a challenge which his administration is determined to deal with."

Around 8,000 people have been killed in the northwest since 2011, according to the International Crisis Group (ICG) think tank.

#BringBackOurBoys started trending on social media earlier this week, in reference to a similar hashtag after the Chibok kidnappings.