Over 2 million Yemeni children may starve in 2021, UN says 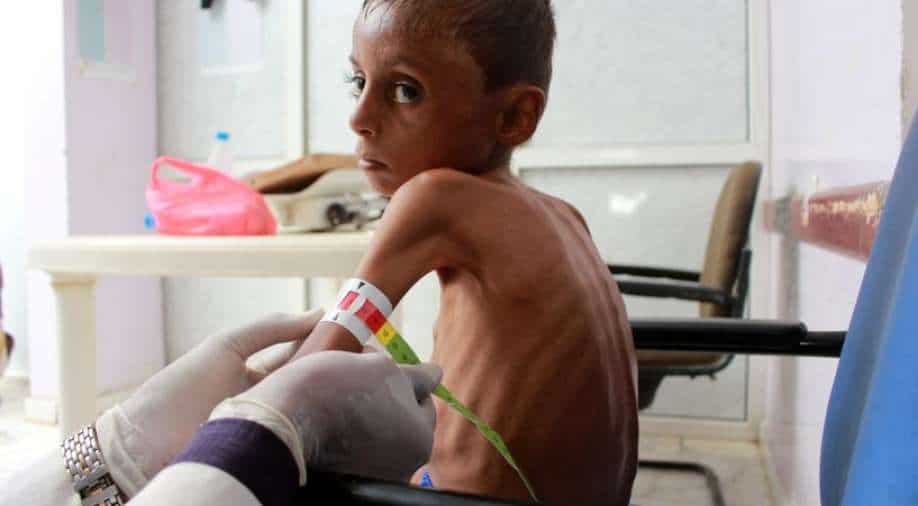 Yemenis have suffered six years of bloodshed, destruction and humanitarian catastrophe. In 2014, the Iran-allied Houthi rebels seized the capital and much of the country's north.

More than 2 million Yemeni children under the age of 5 are expected to endure acute malnutrition in 2021, four United Nations agencies said on Friday.

These agencies also urged stakeholders to end the years-long conflict that has brought the country to the brink of famine.

The UN report warned that nearly one in six of those kids -- 400,000 of the 2.3 million -- are at risk of death due to severe acute malnutrition this year, a significant increase from last year's estimates. Around 1.2 million pregnant or breastfeeding women in Yemen are also projected to be acutely malnourished this year.

The report also said a lack of funds was hampering humanitarian programmes in Yemen, as donor nations have failed to make good on their commitments.

In 2020, humanitarian programmes in Yemen received only USD 1.9 billion of the required USD 3.4 billion, the report said.

UNICEF estimates that virtually all of Yemen's 12 million children require some sort of assistance. This can include food aid, health services, clean water, schooling and cash grants to help the poorest families scrape by.

"Malnourished children are more vulnerable to diseases ... It is a vicious and often deadly cycle, but with relatively cheap and simple interventions, many lives can be saved," said WHO Director-General Tedros Adhanom Ghebreyesus.

Yemenis have suffered six years of bloodshed, destruction and humanitarian catastrophe. In 2014, the Iran-allied Houthi rebels seized the capital and much of the country's north.