Opinion: Why there is so much love for pornography

The year has begun with Pornhub’s, now traditional, “Year in Review”, which details trends in the popular pornography site’s traffic. This includes a breakdown of what users have been viewing over the past 12 months – and, as usual, makes for some interesting reading.

The first clear message is that pornography is popular. Very popular. An astonishing 28.5 billion visitors visited the site in 2017, the equivalent of 81m people per day.

But what were they looking at? Well, aside from the fairly pedestrian search terms, such as “lesbian” and “massage”, that you’d expect, the review once again raises the question of how close users are skating to the limits of legality.

In the UK, extreme pornography is defined as pornographic images which are “grossly offensive, disgusting, or otherwise of an obscene character”, and portray in an “explicit and realistic” an act which threatens a person’s life, or results in or is likely to result in serious injury. In England, Wales and Northern Ireland this must be injury to a person’s anus, breast or genitals. In Scotland there is no such restriction.

It is an offence to knowingly possess these materials, and this includes downloading them. A conviction could result in up to three years’ imprisonment. Whether serious injury is risked or caused is a matter of fact – there is no definition in law. This poses a danger for those viewing more extreme images of sex where acts are presented as non-consensual or particularly dangerous.

The law also varies from country to country and, in the US, from state to state. 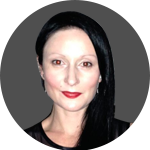