Opinion: Why the world should pay attention to Chinese military's modernisation 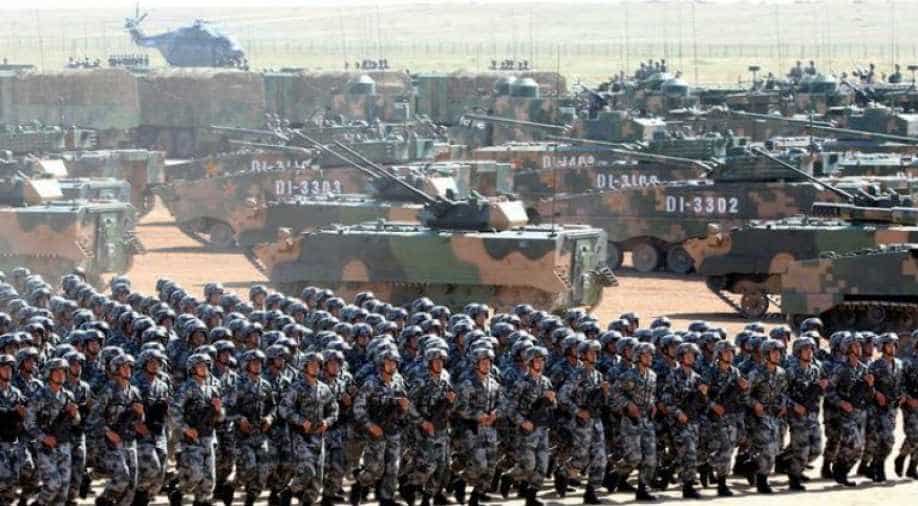 Till 1990, China's People's Liberation Army (PLA) was equipped by reverse-engineered Soviet-era weapons. But soon after the USSR was dissolved, Chinese leadership seriously started thinking about the development of their own systems. The country was recovering from economic crisis and there were enough funds for research and development of its military. This was the breaking point of PLA's modernisation. This is touching new dimensions after nearly 28 years.

Recently, Chinese PLA has evolved a new concept and doctrine in 2017 which says, "The country should be prepared to be able to fight short duration, high intensity, information technology oriented regional wars with a clear emphasis on maritime military domination. It should have the ability to fight in a complex electromagnetic environment at greater distances from the mainland while using indigenously made equipment and weapons systems."

The entire concept of PLA modernisation is based upon this new doctrine. This is China's way of sending a strong message to global leaders, especially the United States, with a clear-cut strategy of global dominance and the same is being reflected in its every action over the last decade. China is investing heavily in the modernisation of its Air Force and Navy. A significant amount is also being spent on armed drones which can be used on land, in air or even in the sea. The Chinese strategy of maritime dominance by establishing string of pearls and dominance of Eurasia by its Belt and Road Initiative speak out the same.

The new modernisation phase started in 2015, soon after Xi Jinping took over. Though rare for a Chinese president to appear in public in military uniform, Xi did it on a number of occasions in 2017, sending a strong, sharp message to the world as well as its armed forces how serious China is about its military. Since the government is being run by a single party, there can't be any opposition to their acts and deeds and after the taking over of Xi, massive steps were taken to make PLA more lethal.

In 2015, he downsized the army and changed its command and control system. Since then, he is downsizing the army in number but enhancing their fighting abilities. The aim is to have a much more lethal, lean, faster and smart army supported by hi-tech devices. The money saved from downsizing was invested on technology development. China's defence allocation in the budget had been increasing significantly, almost at the rate of 6-7 per cent annually. In 2014, China allocated US $132 billion for defence; in 2015, the amount was increased to $141 billion and in 2016, to $147 billion. Most of this allocation is spent on modernisation of the military. Some agencies, however, claim that China's actual spend on defence is much higher than what is officially declared.

In addition to technological advancement, the other focus is increasing the mobility of the forces. In 1996, PLA has just less than 100 helicopters which was increased to 1000 in 2015. More than 400 transport aircraft have been added to its fleet in the similar time frame.

When we talk about how lethal and agile the forces are, Special Forces play a vital role. China invested in this too heavily. By 2000, they had just seven units of Special Operation Forces which are now more than double and their 15th unit is undergoing its raising in 2018.

Artillery plays an important role in any warfare and accordingly in 2016, PLA made major reshuffle and reorganisation exercise. They renamed its second artillery force as PLA rocket force and re-equipped it with long range rockets and missiles. The force comes directly under the command of Chinese Military Commission and is most lethal of all. This force has war machines like DF-31, DF-31A, DF-5, DF-26D, DF-26 and several other varieties of missiles in addition to the entire range of nuclear arsenal from the inventory of PLA.

Now over to maritime dominance. China has been striving to secure its communication lines in off-shore waters of Yellow Sea, East China Sea, South China Sea and Indian Ocean in the past. In the recent phase of modernisation, this concept has moved from off-shore protection to open water dominance. The Chinese footprints in dominating South China Sea and establishing string of pearls in Indian Ocean are speaking for itself. One of the reasons of the recent turmoil in Maldives is because of this strategy of China.

The development of submarines and sea vessels is also something that the world should pay attention to. Within a short time of 25 years, China commissioned over 10 nuclear submarines, 58 conventional submarines, one aircraft carrier, 62 Amphibious Assault Ships, 24 Destroyers, 38 Corvettes, 43 Frigates, 110 fast-moving missile boats, 15 mine recovery ships and 15 other auxiliary ships in its naval arm. In January 2017, they even commissioned a dedicated electronic warfare vessel of Navy which shows their technological advancement. Four more nuclear-powered aircraft carriers are sanctioned and work is going to start soon.

In case Air Force, over 900 fighter or multi-role aircraft have been added to the inventory within last 15 years and the Chinese UAV development system is in advanced stage. They have been able to make even unmanned submarines which are undergoing trials. They learnt from the Gulf War that there is a need to fight long distance, short and highly intense wars. So, they have integrated operations of their Air Force with aerospace program. On one hand they kept developing their Soviet-era weaponry, they did make serious efforts and came out with their own systems too.

At the national level, the emphasis on this modernisation is visible. In 2015, the Military Area Commands were regrouped into battle zone commands. Not only this, to ensure the control of Chinese Communist Party, all of them were put under the command of Chinese Military Commission (CMC) which is essentially made up of people from the Communist party. The CMC directly supervises the non-combat functions of these commands like logistics, supply etc.

It can be seen that China's military advancement is happening at a much faster pace than any other country. Its pace is unimaginably fast and expenditures are huge. This is an opportuity for India to introspect and analyse on a global platform.