One year on, Italian city in first coronavirus crosshairs remembers 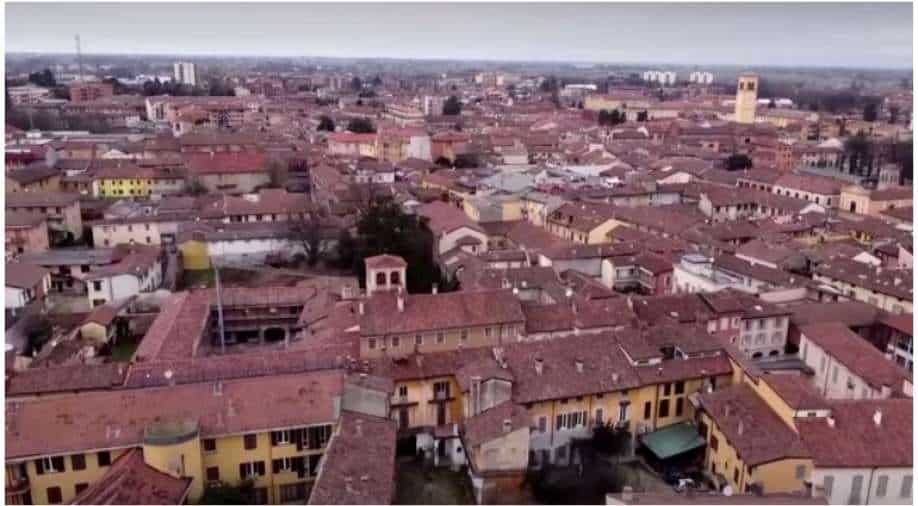 In a ceremony on Sunday, Codogno will mark one year since it recorded the first locally acquired case of Covid-19 in Italy, in what became the first major outbreak in Europe

Entering the gate of the Codogno cemetery, with its four massive pillars and "Resurrection" written in Latin overhead, the ravages of coronavirus are not immediately apparent.

But beyond the scores of kneeling marble angels and ornamental graves, a newer cloister of simple granite crypts bear witness to the onslaught of what was then a terrifying new virus on this modest northern Italian city.

In a ceremony on Sunday, Codogno will mark one year since it recorded the first locally acquired case of Covid-19 in Italy, in what became the first major outbreak in Europe.

The virus tore through the wider Lombardy region, marking Italy as the new epicentre of the global pandemic that has now claimed more than two million lives -- including almost 100,000 in Italy.

The surge in cases took everyone by surprise, said Roberto Codazzi, 58, the cemetery's deputy custodian.

"In two months, we saw what we usually had in a year," he told AFP.

With his colleague, Codazzi saw the intensity of the virus on display after Friday, February 21 -- when a 38-year-old man known as "Patient 1" was identified at the city's hospital after a doctor broke protocol to test him for coronavirus.

On Saturday, there were already bodies lined up outside the cemetery for burial.

Today in Codogno, a small city of 15,000 people, talk of Covid-19 centres on shuttered businesses, rent to pay and the umpteenth restriction on normal life.
Yet few can hear the sound of a siren without a pang.

Emy Cavalli, the third-generation owner of the Central Bar on the main plaza, recalled the eerie, early days of the lockdown imposed on Codogno and 10 other northern communities after the first case was identified, immediately followed by the first two confirmed coronavirus deaths in Italy, one of them a 77-year-old woman outside Codogno.

"I remember how silent it was," said Cavalli. "Every three minutes you heard the sound of an ambulance.

"We asked ourselves, 'Who will it be? Who will be next?'"

Within a month, Codogno's death toll more than tripled, with 154 deaths in March versus 49 in the same period a year earlier, Mayor Francesco Passerini told AFP.

"They couldn't keep up," Passerini said of the cemetery workers, who were eventually reinforced by the civil protection unit.

Caskets awaiting burial were stored in a shuttered church, the cemetery was shut to the public and funeral notices were printed without dates to discourage potential mourners from breaking the quarantine to pay their respects.

The daily coffins awaiting custodian Codazzi frequently brought an unwelcome shock: "I said, 'Oh no, I know him! I just saw him a week ago.'"

Codogno's Red Cross unit -- with experience in Iraq and beyond -- was zigzagging the territory, with almost 500 ambulance trips in March alone.

"When they call us, we don't know what we're going to find," said the head of emergency services, Luciano Parmigiani.

Meanwhile, family doctor Andrea Lozzi was working day and night to keep his patients out of the hospital, from which too often they never returned.

Lozzi -- whose name locals evoke with reverence for his tireless work -- declines all interviews, explaining to AFP: "You have to put your hands into your work, and not your mouth."

But the doctor's Facebook page -- a mix of medical advice and an occasional lost cat notice  -- paints a picture of how Codogno slowly managed to emerge from the worst.

"WHAT SATISFACTION! Today I could finally say to four of my patients, 'Ok, you did it, you're healed!'" wrote Lozzi on March 11, after weeks of house calls.

A month after the first case, he wrote, "We don't know how far we have to go, but we know we will make it!"

Four days later, Lozzi said he believed the virus had begun to wane in Codogno.

By the time Codogno's situation began to improve, attention had turned to the worst-hit province of Bergamo some 70 kilometres (43 miles) north, where images of army convoys transporting coffins broadcast the horror of Italy's outbreak to the world.

As the country's death toll spiralled to 4,825 one month after Codogno's first case, some questioned whether a March 8 lockdown of populous Lombardy -- and Italy one day later -- had come too late, while scores of nursing home fatalities spurred allegations of mismanagement by health authorities.

In his office at the Red Cross, as workers finish building a memorial outside, Parmigiani scrolls through an operations log from those first weeks in 2020.

He points to where the numbers begin to decline, and pauses: "We managed to fight something no one even knew what it was."