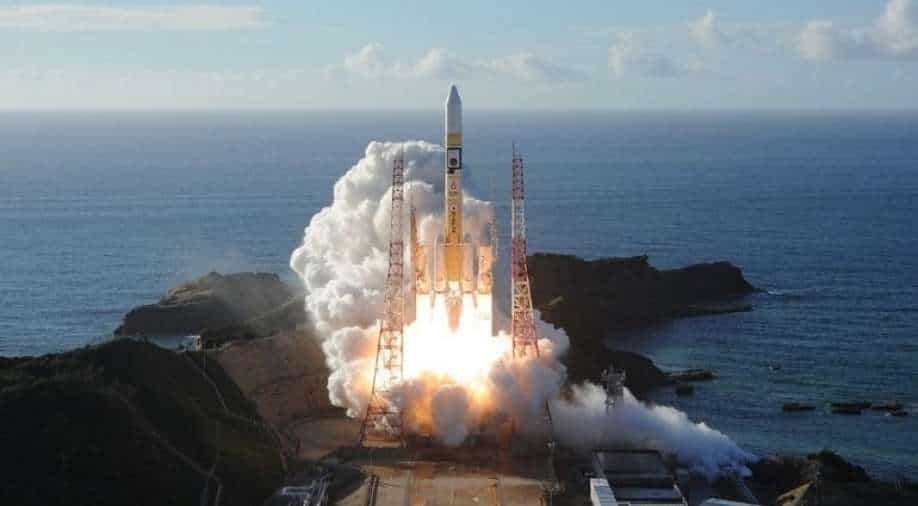 A file photo of an H-2A rocket carrying the Hope Probe, known as 'Al-Amal' in Arabic, developed by the Mohammed Bin Rashid Space Centre (MBRSC) in the United Arab Emirates (UAE) to explore Mars, blasts off from Tanegashima Space Centre in southwestern Jap Photograph:( AFP )

The orbiter, which is called Amal, Arabic for Hope, traveled 300 million miles in nearly seven months to get to Mars with the goal of mapping its atmosphere throughout each season

In the Arab world's first interplanetary mission, a spacecraft from the United Arab Emirates was set to swing into orbit around Mars on Tuesday, the first of three robotic explorers arriving at the red planet over the next week and a half.

The orbiter, which is called Amal, Arabic for Hope, traveled 300 million miles in nearly seven months to get to Mars with the goal of mapping its atmosphere throughout each season.

A combination of orbiter and lander from China is close behind, scheduled to reach the planet on Wednesday. It will circle Mars until the rover separates and attempts to land on the surface in May to look for signs of ancient life.

A rover from the US Named Perseverance is set to join the crowd next week, aiming for a landing on February 18. It will be the first leg in a decade-long US-European project to bring Mars rocks back to Earth to be examined for evidence the planet once harbored microscopic life.

About 60 per cent of all Mars missions have ended in failure, crashing, burning up or otherwise falling short in a testament to the complexity of interplanetary travel and the difficulty of making a descent through Mars' thin atmosphere.

If it pulls this off, China will become only the second country to land successfully on Mars. The US has done it eight times, the first almost 45 years ago. A NASA rover and lander are still working on the surface.

For the UAE, it was the country's first venture beyond Earth's orbit, making the flight a matter of intense national pride.

For days, landmarks across the UAE, including Burj Khalifa, the tallest tower on Earth, glowed red to mark Amal's anticipated arrival. This year is the 50th anniversary of the country's founding, casting even more attention on Amal.

The celestial weather station aimed for an exceptionally high Martian orbit of 13,670 miles by 27,340 miles (22,000 kilometers by 44,000 kilometers). It was set to join six spacecraft already operating around Mars: three US, two European and one Indian.

Amal was expected to perform an intricate, high-stakes series of turns and engine firings to maneuver into orbit and achieve what has eluded so many before.