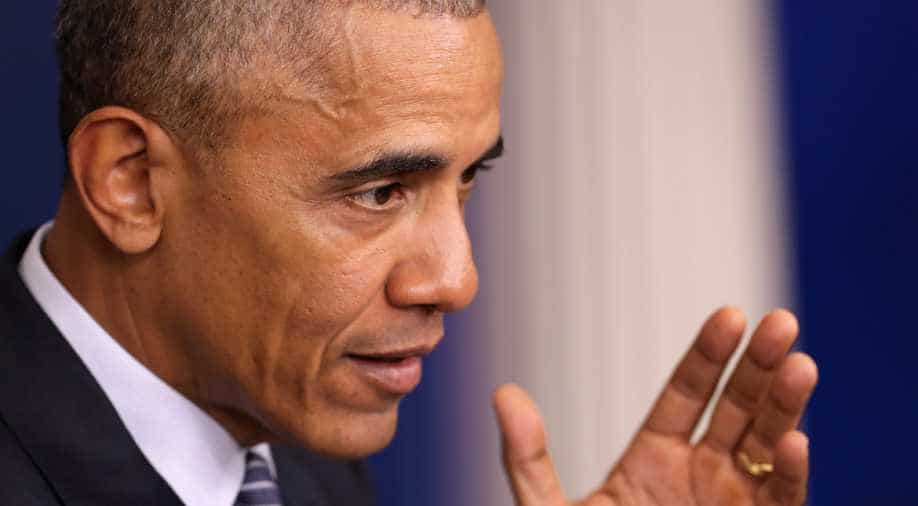 'The main advice that I give to the incoming president is the United States really is an indispensable nation in our world order,' Obama said in Peru at the Apec summit. This was his final foreign tour as President. Photograph:( Getty )

US President Barack Obama made a strident case for his successor Donald Trump to retain America's support for a liberal world order on Sunday, warning world peace and prosperity depend on it.

"The main advice that I give to the incoming president is the United States really is an indispensable nation in our world order," Obama said in Peru as he wrapped up his final foreign visit.

The United States' ability to uphold "international norms and rules. That's what's made the modern world," Obama said, admitting that Washington had not always fulfilled its own ideals, but remained vital to global security.

"Here in Latin America, there's been times when countries felt disrespected and on occasion had cause for that."

But he argued history served as a warning for those imagining or flirting with a revised global order.

"Take an example like Europe before that order was imposed. We had two world wars in a span of 30 years. In the second one, 60 million people were killed. Not half a million, not a million but 60 million. Entire continents in rubble."

"We're not going to be able to handle every problem, but the American president and the United States of America, if we're not on the side of what's right, if we're not making the argument and fighting for it even if sometimes we're not able to deliver it 100 per cent everywhere, then it collapses."

"There's nobody to fill the void. There really isn't," he said.