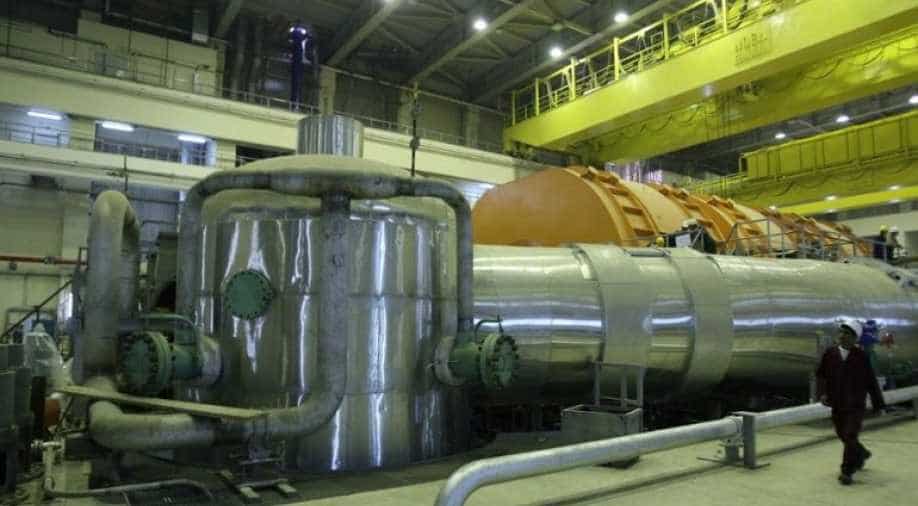 Iran said it now produces 5 kg of enriched uranium per day which is ten times the level from two months ago when it abandoned the nuclear deal.

Iran said it now produces 5 kg of enriched uranium per day which is ten times the level from two months ago when it abandoned the nuclear deal.

Iran has also developed two new advanced centrifuges, one of which is undergoing testing, Ali Akbar Salehi, the head of Atomic Energy Organisation of Iran announced at the Natanz facility.

In September, Iran had said that it activated 20 IR-4 and 20 IR-6 advanced centrifuges.

Under the 2015 Joint Comprehensive Plan of Action (JCPOA), Iran was allowed to enrich uranium using only first-generation -- or IR-1 -- centrifuges. However, in May last year, US President Trump had pulled out of the Iran nuclear deal while reimposing stiff sanctions on the Rouhani regime despite other stakeholders in the nuclear deal Britain, France and Germany committing to save the deal.

Tensions escalated in the region after Iran's Army downed a US drone leading President Trump to order retaliatory strikes before cancelling it at the last moment.

Iran had said earlier that it was capable of enriching uranium beyond the 20 per cent level. The 2015 nuclear pact had curbed Iran's controversial nuclear programme in exchange for relief from sanctions, however, after the US pulled out, Iran reviewed its nuke programme accusing the US of spearheading a pressure campaign.

The nuclear deal had capped the number of centrifuge enrichment machines installed in Iran at roughly 6,000, down from around 19,000 before 2015. It allowed Iran to refine uranium only with first-generation IR-1 centrifuges.