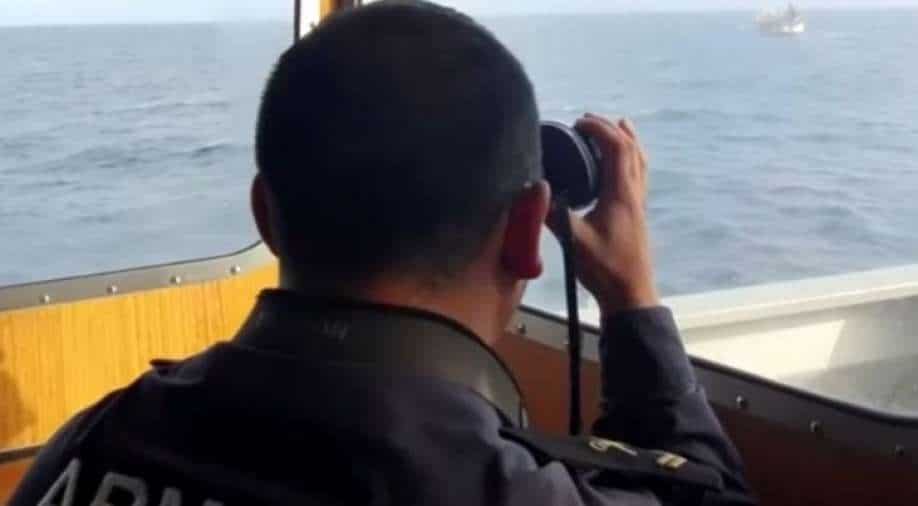 Chile's foreign minister Andres Allamand had said earlier that 300 ships had frequented the Pacific Ocean looking for giant squid near the Galapagos Islands off Ecuador.

Chile's navy said today that it is keeping a closing eye on Chinese fishing boats near the Pacific Ocean amid reports of several boats being spotted in international waters close to Arica y Parinacota region.

Two months ago Chile's government had said that they were monitoring a fleet of Chinese fishing vessels to protect the country's “sovereignty” in its exclusive economic zone(EEZ).

Chile's foreign minister Andres Allamand had said earlier that at least 300 ships had frequented the Pacific Ocean looking for giant squids near the Galapagos Islands off Ecuador.

Peru's fisheries committee had earlier spotted 400 Chinese fishing vessels in its satellite pictures moving towards its waters in September and approaching Chile's EEZ. The Chinese ships are often seen in the South American "squid circuit" off Argentina and around Ecuador, Peru and Chile.

Both Euador and Peru alerted authorities on Chinese trawlers catching giant squids while pointing that it affects the countries national food security.

Amid the rising threat of Chinese trawlers, the Peruvian navy commissioned two ocean patrol vessels to boost security and monitor foreign vessels operating around its waters.

Peru, Colombia, Ecuador and Chile had earlier threatened to take measures "to prevent, discourage and jointly confront" illegal fishing near their EEZ in the Pacific.

China had banned its vessels from fishing near the Galapagos from September to November this year, however, reports said that Chinese trawlers headed south through international waters to fish near the exclusive economic zones of Chile and Peru.