'Not My President': Anti-Trump protests continue for second day 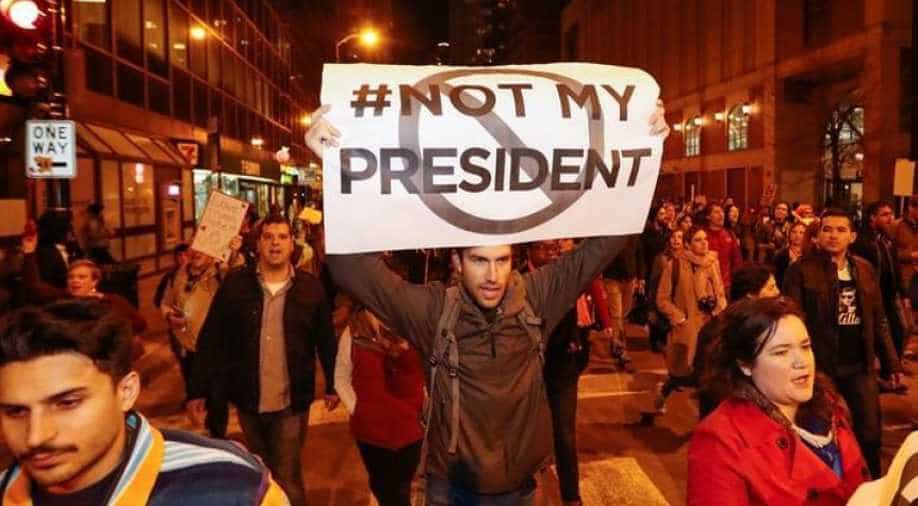 Anti-Trump protests in America showed no signs of abating for a second day running, as tens of thousands of people came out onto the streets of about 25 cities across America chanting 'Not My President'.

In downtown Manhattan, home to both Presidential candidates Trump and Clinton, about 200 protestors gathered in Washington Square Park, chanting 'Trump and Pence make no sense'.

This even as Presidential-elect Donald Trump flew into the country capital Washington DC to meet with President Obama for the first time ever.

Hillary Clinton meanwhile stayed away from any political activity, choosing instead to go hiking. A woman who met her on the trail said she was surprised to see the presidential candidate hiking with her husband and dog.

Back in New York, 5,000 of Hillary's supporters, including celebrities like Lady Gaga, protested in front of Trump Tower, raising anti-Trump slogans.

15 protesters were arrested outside Trump Tower. Traffic was backed up at several points in the city as hundreds of people joined spontaneously in the protests .

One protester, Philo, told the Baltimore Sun, "We are just showing that this is going to be the next four years, it will be four years of resistance. Tonight in particular is supposed to serve as a catharsis for Baltimore residents to let their anger out in a peaceful way." In many cities on the West Coast, demonstrators carried flags and effigies of President-elect Trump declaring that they refused to accept his victory.

Authorities are not stopping the demonstrations so long as they are peaceful. "They're not protesting Trump, they're protesting democracy and the right to disagree with them," said one observer.