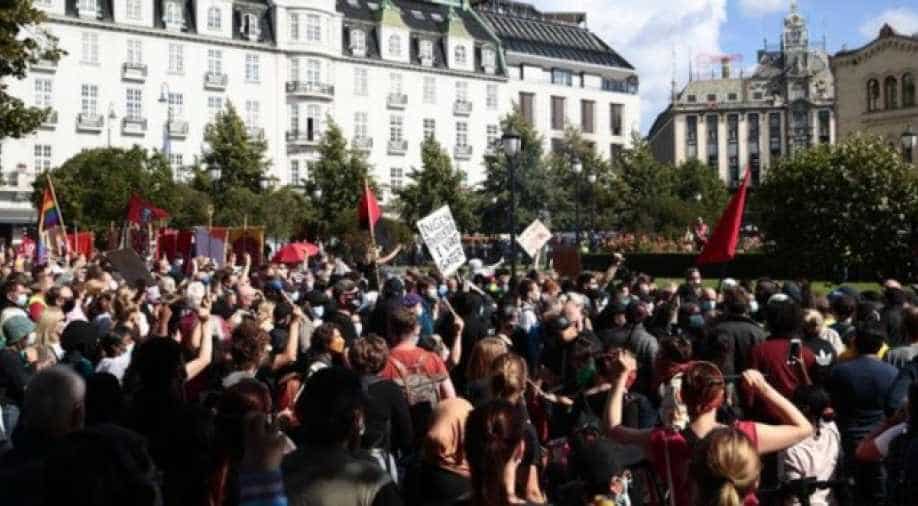 Clashes broke out at an anti-Islam rally, organised by the group Stop Islamisation of Norway (SIAN), in capital Oslo on Saturday.

Norway & Sweden — almost always make it to the top 10 — of the global happiness index. But some recent events — paint a completely different picture of these lands.

Two cities in these two nations witnessed violent protests. Malmo — the third-largest city in Sweden and Oslo — the capital of Norway.

Both saw violent demonstrations over the weekend.

Clashes broke out at an anti-Islam rally, organised by the group Stop Islamisation of Norway (SIAN), in capital Oslo on Saturday.

The rally took place near the parliament building and was ended earlier than scheduled owing to the protests.

And at least 10 people were arrested in southern Sweden and several police officers were injured in the violence which broke out after an anti-Muslim Danish politician was blocked from attending a Quran-burning rally, police said Saturday.

Protesters threw stones at police and burned tyres on the streets of Malmo late Friday, with violence escalating as the evening wore on, according to police and local media.

The demonstration of about 300 people was connected to an incident earlier in the day in which protesters burned a copy of the Islamic holy book, police spokesman Rickard Lundqvist told Swedish tabloid Expression.

The ones who are protesting, they do not want to adapt to norms that are alien to them.They don't want neighbourhoods that have increasingly become 'Islamicized'.

They link the surge of immigrants to an increase in violent crimes. They are angry with their respective governments. Some have banded together to patrol the streets and protect their neighbourhoods.

Some others have formed vigilante groups and resort to violence to get noticed. This cultural conflict has played out time and again in several different parts of the world.

Sweden and Norway — are just the latest victims. They've long sat in judgment of others on how violent protests are dealt with.

Now they must lead by example on how to uphold the interest of all groups.