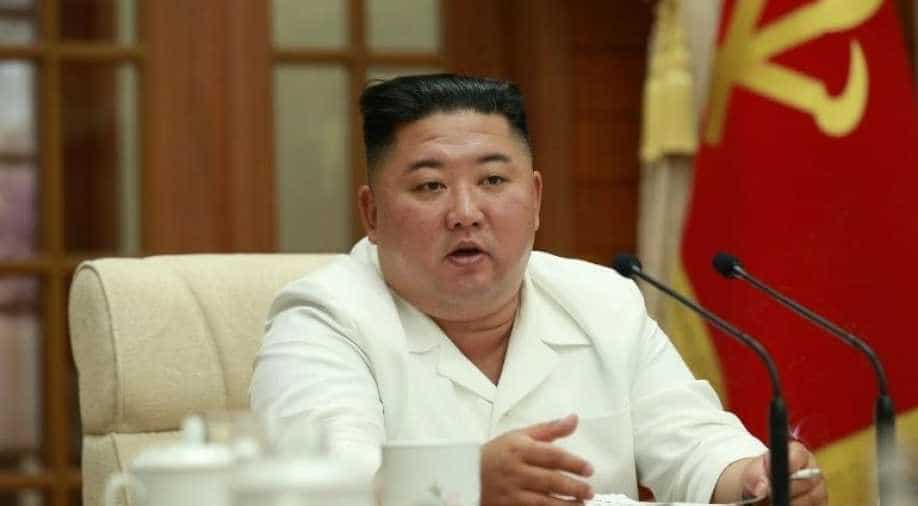 North Korean leader Kim Jong Un held a meeting amid worldwide speculation over his health as reports claimed he has delegated authority to his sister Kim Yo Jong to relieve his 'governance stress'.

North Korean leader Kim Jong Un at a meeting of a top committee issued warnings on coronavirus and a looming typhoon, following international speculation over his state of health.

Kim's comments come amid conjecture over his health condition after South Korea's spy agency said he had delegated some authority to his sister Kim Yo Jong to relieve his "governance stress".

A former aide to late South Korean president Kim Dae-jung even said on Facebook he thought the North's leader was in a coma, though with no apparent evidence.

But Kim presided over a meeting Tuesday of a top committee of the ruling Workers' Party, the official KCNA news agency reported, where he assessed "defects in the state emergency anti-epidemic work for checking the inroads of the malignant virus". 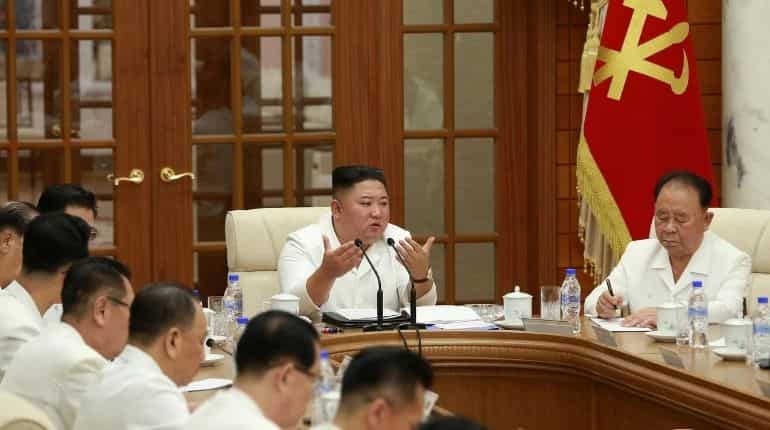 An enlarged meeting of the politburo of the Workers Party took place amid a pandemic that is putting additional pressure on the North Korean economy, battered by recent border closures and flood damage. 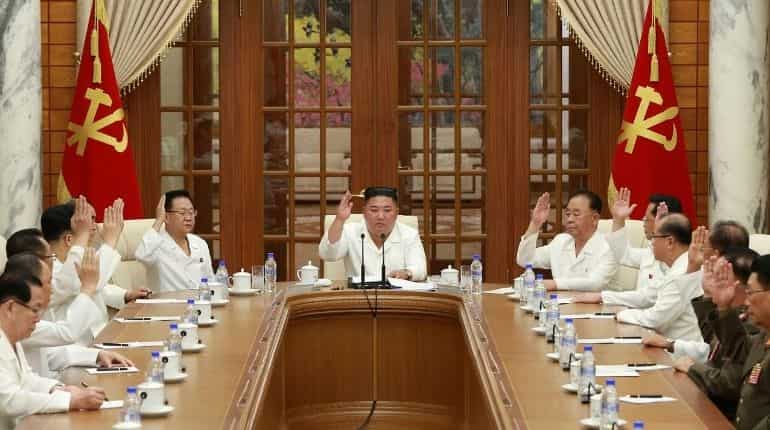 The meeting assessed "some defects in the state emergency anti-epidemic work for checking the inroads of the malignant virus", KCNA said in a statement.

North Korea has not reported any confirmed cases of the novel coronavirus, but Kim said last month that the virus "could be said to have entered" the country and imposed a lockdown after a man was reported to have symptoms. Later test results on the man were inconclusive, according to the World Health Organisation.

Kim had this month lifted a three-week lockdown in the city of Kaesong after a suspected case of the coronavirus there.

The meeting discussed state emergency measures on preventing crop damage and casualties from Typhoon Bavi, which is expected to hit the country within days, KCNA reported. Heavy rain and flooding have raised concern about food supplies in the isolated country.

The ruling party had said it will hold a congress next year to decide a new five-year plan, after a party meeting noted serious delays in improving the national economy and living standards.