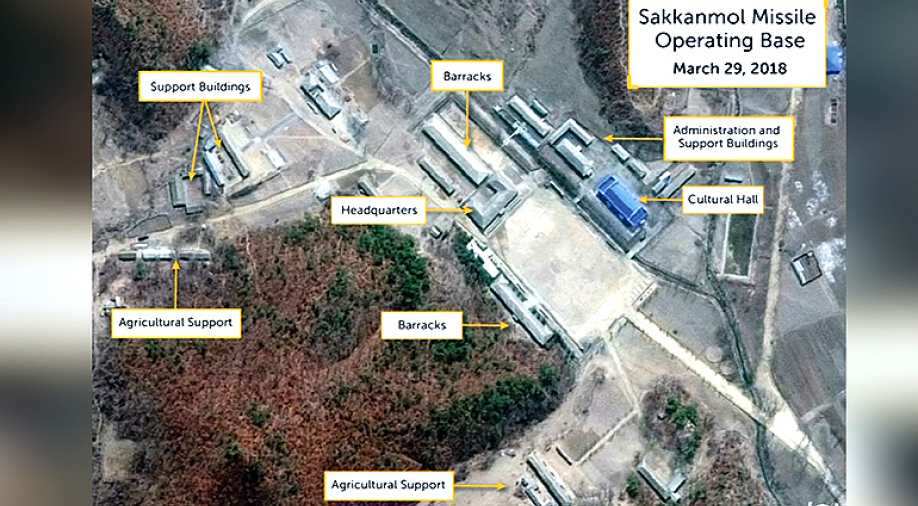 A US think tank has said that it had identified at least 13 of an estimated 20 undeclared missile operating bases inside North Korea, underscoring the challenge for American negotiators hoping to persuade Pyongyang to give up its nuclear weapons and long-range missiles.

In reports released by the Washington, D.C-based Center for Strategic and International Studies, researcher Joseph Bermudez said maintenance and minor infrastructure improvements have been observed at some of the sites, despite the ongoing negotiations.

The sites identified in the CSIS report are scattered in remote, mountainous areas across North Korea, and could be used to house ballistic missiles of various ranges, with the largest believed to be capable of striking anywhere in the United States.

Sakkanmol, the site closest to the border with South Korea and its capital Seoul, appears to be "active and being reasonably well maintained," the report found.

None of the missile bases have been acknowledged by North Korea, and analysts say an accurate disclosure of nuclear weapons and missile capabilities would be an important part of any denuclearisation deal.

North Korean leader Kim Jong-un and US President Donald Trump had pledged to work towards denuclearisation at their landmark June summit in Singapore, but the agreement was short on specifics and negotiations have made little headway.

North Korea has said it has closed its Punggye-ri nuclear testing site and the Sohae missile engine test facility. It also raised the possibility of shuttering more sites and allowing international inspections if Washington took "corresponding measures," of which there has so far been no sign.