No lockdown in Germany before Christmas 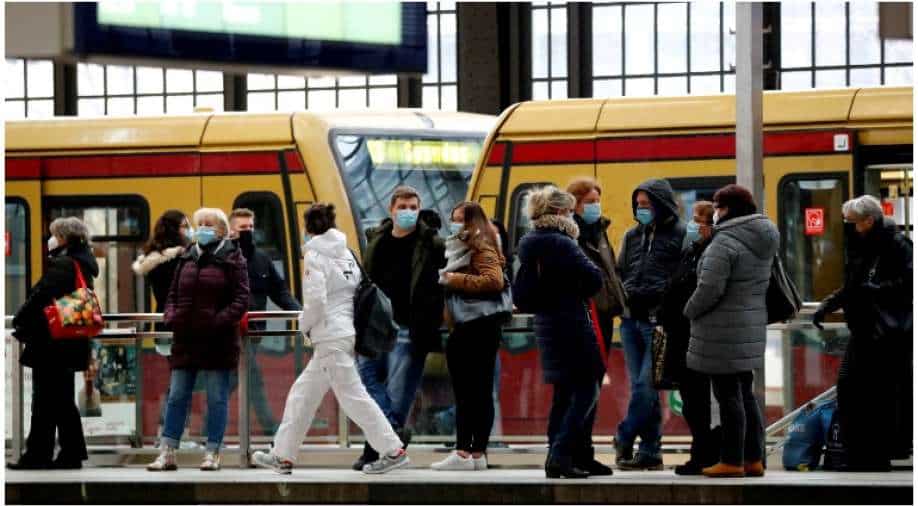 FILE PHOTO: Passengers wear face masks as they wait for an S-Bahn commuter train on the platform at Friedrichstrasse station during lockdown amid the coronavirus disease (COVID-19) pandemic, in Berlin, Germany February 5, 2021 Photograph:( Reuters )

Germany's health minister said he did no expect a 'hard lockdown' after the holidays. But he warned about a fifth Covid wave

While warning that a fifth Covid wave could no longer be stopped, Germany's health minister Karl Lauterbach ruled out a Christmas lockdown. He backed mandatory vaccination as the only way to stop the pandemic.

"There will not be a lockdown before Christmas here. But we will get a fifth wave - we have crossed a critical number of Omicron infections," Lauterbach said, speaking on broadcaster ARD. "This wave can no longer be completely stopped."

In an interview with BILD, he added that he did not expect a 'hard lockdown' after the holidays.

The Netherlands, a neighbour, began a lockdown on Sunday at least until Jan. 14 to stem an expected surge of the virus.

Germany banned unvaccinated people from entering non-essential establishments at the beginning of the month in an attempt to control rising cases amid the spread of the Omicron variant.

The government still needed to make clear to the populace what would and would not be allowed during the holiday season, Lauterbach said, without specifying what measures were under discussion.

The government's scientific advisory panel said in a statement on Sunday that it was necessary to limit contact between people further, with data so far showing that boosters alone would not be enough to contain the spread of the virus.

Given how quickly and widely the Omicron variant disperses - with Omicron cases doubling every 2-4 days in Germany at present, slower than the UK's growth rate but faster than the spread of other variants in Germany - a considerable overload of hospitals was to be expected, the statement said.

Nearly 70% of the population is fully vaccinated against the virus, according to data from Dec. 17.

The country reported 29,348 new cases on Sunday and 180 deaths, according to the Robert Koch Institute for infectious diseases. The number of new daily cases rose significantly in October and November but have been slowly falling since the start of the month.

Lauterbach reiterated his call to make vaccination compulsory in Sunday's interview with ARD, a policy which parliament is due to debate early next year and which Chancellor Olaf Scholz has said he supports.

"I believe we can defeat this if we close the gaps in vaccination with mandatory vaccines. That is my clear conviction," Lauterbach said.