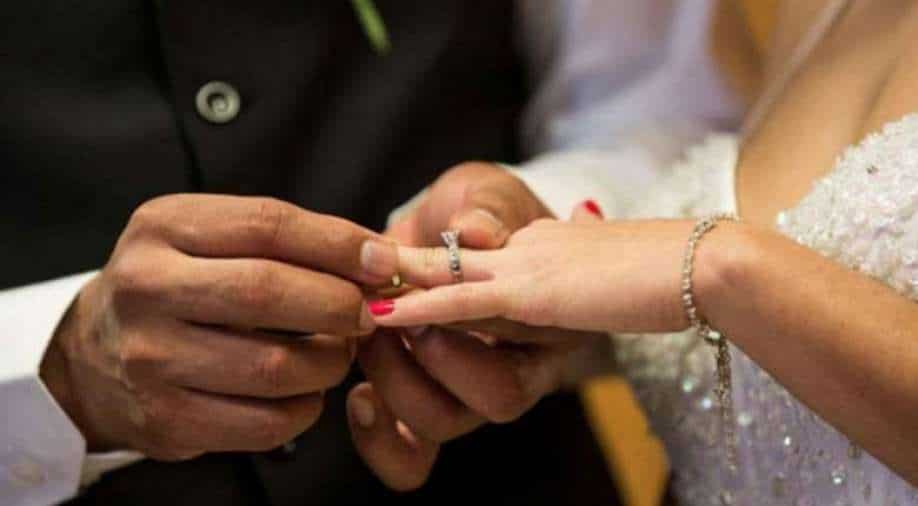 (Representational image) The proposal took place during the Passing out Parade in the western Kwara state Photograph:( AFP )

A female Nigerian soldier was arrested for accepting a marriage proposal from a male corps member while on duty, according to reports.

An army spokesperson said that she had breached the military’s code of conduct by "indulging in romance while in uniform”, reports BBC.

A video of the proposal went viral last week, purportedly showing a female soldier accepting a proposal from a paramilitary trainee in the government's youth training scheme, known as the National Youth Service Corps (NYSC), as onlookers cheered.

It happened during the Passing out Parade in the western Kwara state.

It is unclear when the proposal took place, but the video had gone viral last week.

Just came to my attention that the @Nigerian army detained the female soldier in this video for getting a proposal from a youth corps member. What the Army did is totally unacceptable and I would very much love to mobilise for her to get justice. pic.twitter.com/wu5027KRYQ

The decision to arrest the female solider has drawn criticism from a woman's rights group who accused the military bias.

Similar action had not been taken against male soldiers involved “in a public display of amorous relationships in full military uniform”, the Women Empowerment and Legal Aid group said.

Army spokesman Gen Clement Nwachukwu told the BBC the soldier had flouted the military's code of conduct, as well as its social media policy.

“Her conduct was prejudicial to good order and military discipline

“(The trainers') task was to train the youth corps members and not to indulge in an amorous relationship with any of them," Gen Nwachukwu added.